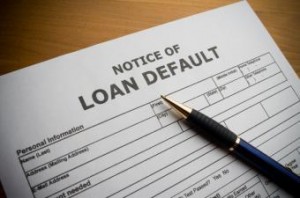 [1]Remember those loan modification programs the federal government introduced as a way to prevent further ruin for stressed homeowners after the bottom dropped out the housing market? It turns out they may be doing more harm than good in the long run, according to a recent report [2] from economists at York [3] and Kent State [4] universities.

The report, by Xianghong Li of the York University Department of Economics and Xinlei Shelly Zhao, a risk analyst at Kent State who also works for the federal Office of the Currency Comptroller [5], finds that popular loan modification programs such as the Home Affordable Mortgage Program [6] (HAMP) significantly increase default rates among borrowers who are current in their payments and decrease the cure rate of borrowers who were delinquent before entering a modification program.

A major problem, according to the authors, is that the reduced rates offered through programs like HAMP encourage many current borrowers to simply skip payments so that they then will have stressed mortgages that allow them to qualify for lower-interest modification programs.

“Modification-induced strategic defaults appear to be quite widespread and more severe among more risky loans,” the authors state.

What concerns the authors is that while the housing market has largely recovered, the practice of purposefully defaulting on a loan in order to qualify for a modified, lower-rate program could easily be duplicated for borrowers on auto loans, credit cards, and student loans.

“A thorough analysis of modification-induced defaults bears tremendous implications for banking practice and public policy decisions in general,” the authors state. Exactly what those implications are, the authors do not say, but when the implications for borrowers include wrecked credit and increased difficulty qualifying for future mortgages, it becomes clear that lenders having to contend with a crush of applicants with poor credit and a history of defaulting on loans will have to modify their lending practices or risk turning away an awful lot of potential customers.