How Refinances Are Impacting Servicer Retention 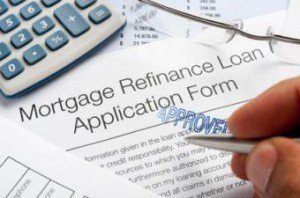 Servicer retention hit a record low in Q1 2019 as customer retention became increasingly difficult, according to the latest Black Knight Mortgage Monitor report. Black Knight notes that around 18% of borrowers remained with the same servicer post-refi, the first time the retention rate has dropped below 20% since at least 2005.

"In Q1 2019, fewer than one in five homeowners remained with their prior mortgage servicer after refinancing their first lien,” Graboske said. “That is the lowest retention rate we’ve seen since Black Knight began tracking the metric in 2005. Anyone in this industry can tell you that customer retention is key—not only to success, but to survival.”

Graboske notes that, with the slight increase in the 30-year fixed rate, around a million homeowners lost the incentive to refinance.

“This is critical, because refinances driven by a homeowner seeking to reduce their rate or term have always been servicers’ ‘bread and butter’ when it comes to customer retention,” Graboske added. “Offering lower rates to qualified existing customers is a good, and relatively simple, way to retain their business. Unfortunately, the market has shifted dramatically away from such rate/term refinances.”

Black Knight’s data for March also notes a continued decline in delinquencies and forelclosures. The Mortgage Monitor report reveals that the delinquency rate declined by 5.3%, the smallest decline for any March in six years, while foreclosure starts fell by 1.5%. According to Black Knight, March’s 39,700 foreclosure starts represented the lowest single-month total in more than 18 years, down 24% year-over-year.

The Mortgage Monitor report notes that March’s “lackluster” delinquency improvement can be attributed in part to the month ending on a Sunday, which has historically slowed mortgage performance.