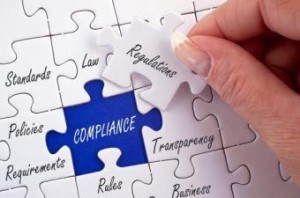 Retesting of Ocwen Financial's compliance with the terms of the 2012 National Mortgage Settlement (NMS) for the first quarter of 2014 revealed that the Atlanta-based servicer failed one metric originally reported as a pass, but passed the other eight metrics, according to a release from the Office of Mortgage Settlement Oversight.

In a report filed with the U.S. District Court for the District of Columbia on Thursday, NMS Monitor Joseph A. Smith, Jr., reported the results of the retesting for Q1 2014 and also outlined several actions Ocwen has taken to improve its internal review group (IRG), which Smith has been investigating since May 2014.

"Since my last report, my team and I have been working to assess Ocwen’s compliance with the NMS," Smith said. "Our retesting for the first quarter of 2014 of nine metrics that our investigation determined to be ‘at risk’ showed that the servicer failed one metric (Metric 19) that it had previously reported as a pass. Metric 19 tests whether the servicer is complying with the requirement to notify borrowers of any missing or incomplete documents in a loan modification application. Ocwen has proposed a corrective action plan to address the reasons for its failure, and I am reviewing it."

Smith said his team launched an investigation of Ocwen's IRG in May 2014 after hearing from an employee about "serious deficiencies in Ocwen's internal review group process" and issues relating to backdated foreclosure notices sent to about 7,000 borrowers, which Ocwen attributed to computer errors. The erroneously-dated notices resulted in Ocwen reaching a $150 million settlement with the New York Department of Financial Services in December.

"While our testing continues, Ocwen has taken a number of actions to address previous problems with its internal review group. Specifically, Ocwen replaced the executive who leads the IRG and otherwise reorganized employees, adopted corporate governance principles, and enhanced my access to information," Smith said. "I also created a hotline to allow any concerned employees to contact me directly and anonymously if they see problems. As a result of these actions, I report to the court that Ocwen internal review group’s independence, competency, and capacity have shown measurable improvement."