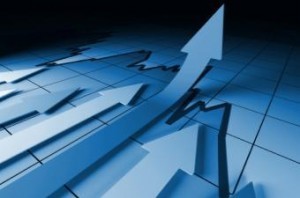 After experiencing a $191 million loss from continuing operations for the 2014 year, PHH Corporation was able to make a complete turnaround for the first quarter. The company managed to wrap up Q1, ending March 31, 2015, with a net income of $21 million.

The company reported that the amount of net income that can be credited to PHH Corporation is $21 million or $0.40 per share, a huge difference from Q1 2014, where the company reported a net loss of $58 million or $1.01 per share. The net income also includes a $65 million pre-tax favorable market-related fair value adjustment to the mortgage servicing rights (MSRs).

“During the first quarter, we continued to execute on the strategies that were established upon completion of the sale of the Fleet business in 2014,” said Glen A. Messina, president and CEO of PHH Corporation. “We reduced our outstanding common shares by an additional 1.6 million through the successful completion of our accelerated share repurchase programs, achieved $44 million of annualized operating benefits as a result of our re-engineering actions, and signed revised agreements with clients representing approximately 50 percent of our total private label closing volume.”

By adjusting their re-engineering activities, the company was able to realize $11 million of operating benefits in Q1 2015 compared to Q1- 014, according to the financial report. This represented 20 percent of their target annualized operating benefits. The mortgage production segment loss in Q1 was $19 million, a $7 million improvement from Q4-2014. PHH closed $9.4 billion in mortgages for Q1-2015, as mentioned in the results.

The company reported that they received $15.2 in mortgage applications in Q1-2015 compared to the $10.4 billion in Q1-2014. The company also expects interest rate lock commitments (IRLCs) to close of $2.1 billion from $1.8 billion in Q1 2014. Total closings experienced a 27 percent increase, purchase closings a 6 percent increase, and total loan margins a 24 bps increase.

Mortgage servicing segment profit was $57 million for Q1 2015, in comparison with the $13 million the company reportedly lost in Q4 2014. As of the end of Q1-2015, the company’s unpaid principal balance (UPB) of the capitalized servicing portfolio was 108.8 billion.

“I am pleased with our progress to date, but we have more work to do since the achievement of meaningful and sustained profitability at our targeted return levels will require the continued successful execution of both our re-engineering and growth initiatives,” Messina said. “We are confident that the investments in our business will continue to pay off and we look forward to responding to the challenges and opportunities that lie ahead in our mortgage production and servicing businesses.”