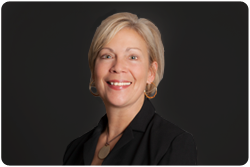 “Claudia has been with National MI from the beginning.  She developed and led our operations team in the early stages,” said Bradley Shuster, Chairman, and CEO of NMI Holdings, Inc. “Claudia was also instrumental in building our sales organization, which has become a model for the industry. Our continued success after her promotion to COO in 2016 is just as I expected. Her promotion to President is well-deserved and I look forward to our continued work together for the success of our employees, customers, and shareholders.”

Merkle joined National MI in 2012 as SVP of underwriting fulfillment and risk operations was promoted to EVP of insurance operations in 2013, and appointed COO in 2016. Merkle has over 25 years of experience in mortgage banking, mortgage insurance, business development, and operations. She has held leadership positions at PMI Mortgage Insurance Co., Meridian Mortgage, and Wachovia, among others. Merkle holds a B.S. in management from the Wharton School of Business, University of Pennsylvania.

“I am very honored to be named President of National MI. I appreciate the trust that Brad and the rest of the board of directors have placed in me,” Merkle said. “I’m pleased to play a leading role in National MI’s continued growth and success.”

Rob Smith has been promoted to EVP and Chief Risk Officer. Smith will now oversee the credit, risk and internal audit departments, and will report to CEO Brad Shuster.