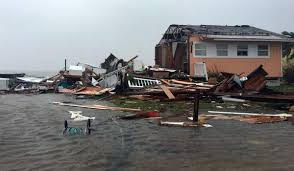 Natural disasters caused more than $300 billion of damages in the U.S. in 2017, according to the National Centers for Environmental Information. Last month, CoreLogic released a report estimating that 6.9 million homes could be at risk of hurricane storm surge damage in 2018, with more than $1.6 trillion in potential reconstruction costs at stake. With Atlantic hurricane season having begun on June 1, an upcoming Disaster Preparedness Summit is taking proactive measures to interpret the lessons learned from the past in order to better prepare for the future.

On July 25, The Five Star Institute will host the Disaster Preparedness Summit, set to unfold at the Hyatt Regency in Dallas, Texas. Hosted by DIMONT, the invitation-only Summit will bring together representatives from the mortgage servicing industry along with government representatives from Fannie Mae and FEMA to collaborate on strategizing best practices for future disaster response. How can servicers better communicate with homeowners in the aftermath of a disaster? What changes can be implemented to help combat fraud? How can the industry work to improve cohesion, understanding, and speed to execution?

Key topics to be discussed include:

“After last year’s devastating natural disasters, it is crucial that the industry work together to establish a plan of action for the disasters yet to come,” said Ed Delgado, President and CEO of the Five Star Institute. “I look forward to the Disaster Preparedness Summit establishing a meaningful dialogue where stakeholders can learn the lessons of what came before and work toward streamlining and improving response to whatever this season may hold.”

This week, the Union of Concerned Scientists Scientists issued a report estimating that as many as 311,000 coastal homes will be at risk of chronic flooding within the next 30 years, with the potentially affected homes worth around $120 billion today.

Moreover, by the end of this century, the UCS report estimates that homes and businesses worth a combined current value of more than $1 trillion could be at risk from chronic, climate-change-related flooding. How does that trillion break down? It works out to approximately 2.4 million homes, currently worth nearly $912 billion, and around 107,000 commercial properties, currently assessed at $152 billion.

In the aftermath of those future disasters, maximizing the effectiveness of communication and responsiveness between servicers, government entities, and homeowners within the affected communities will be key. This July, the Disaster Preparedness Summit will foster a dialog designed to address those issues before the storms reach shore.