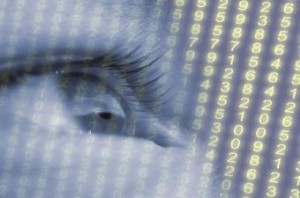 California based DocMagic, Inc. announced that it has completed all required TILA-RESPA Integrated Disclosure rule (TRID) software development and testing so that the company’s clients and LOS vendors can now take advantage of these enhancements and ensure they are prepared for the August 1 TRID deadline.

“We are giving our clients and partners the ability to be well-prepared for TRID far in advance of the August 1 deadline,” said Dominic Iannitti, president and CEO of DocMagic. “After extensive internal testing, re-testing, and BETA testing by a select group of lenders, we perfected the changes required for TRID compliance and are now ready to open the flood gates. We are confident that our systems are now fully compliant with TRID, and we are excited to have our clients and LOS partners access and get used to the new TRID screens and functionality.”

In order to help the industry prepare for TRID, DocMagic released a step-by-step TRID testing guide last month. The company reports that since the release of the guide they have already successfully fielded hundreds of questions. The company also provides detailed training videos and regular education webinars.

Tim Anderson, director of eServices at DocMagic, believes that while the industry has taken strides to be TRID compliant, there is still a long way to go before August 1. “In regards to making the minimal base requirement of being able to produce the new disclosure forms and have some sort of proof of receipt of delivery three days prior to consumption, I believe most are going to make it. However if you are asking the more important question of the disclosures—meaning the accuracy and compliance of the GFE/TIL and APR calculations on the forms—based on the limitations of how the systems I have seen apply the data, I would say absolutely not,” Anderson said.

When discussing what companies are doing missing as they prepare for TRID, Anderson points to treating the Closing Disclosure as a static template. “One of the critical mistakes most I’ve seen is treating the disclosure form as the user UI for inputting data. In the old days when most documents like the 1003 application form were static that worked. But in the new age where data is driving the output view, the new Closing Disclosure document is ‘dynamic’ meaning the view changes with specific changes in the data attributes or conditions,” Anderson said.

DocMagic is a provider of fully compliant loan document preparation, compliance, e-sign, and e-delivery solutions for the mortgage industry.