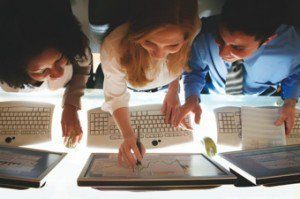 “STRATMOR’s study places DocMagic as the eClosing leader, with more than 52.4% of the market comprised of banks, credit unions, and independent mortgage bankers,” said Dominic Iannitti, President and CEO of DocMagic. “We’re thrilled to have our customers rank us so highly in a study by an organization as reliable and respected as STRATMOR.”

DocMagic also led eClosing providers in overall satisfaction ratings and STRATMOR’s Lender Loyalty Score analysis, which the study states is based on lender satisfaction and intent to continue using the technology.

According to STRATMOR Group, this year’s study was based on responses from 250 mortgage professionals representing 209 unique lenders. The 2019 survey represents 29% of the mortgage market and draws in part upon 2017 HMDA data to maximize accuracy. STRATMOR defines eClosing technology as a system that allows lenders to deliver fully digital and also hybrid eClosings through a central platform. STRATMOR concluded that “eClosing represents a significant ROI opportunity for lenders to automate.”