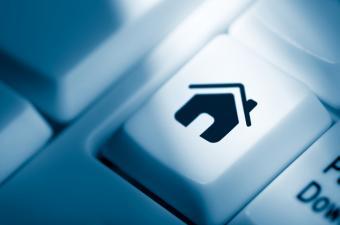 Is the eMortgage Inevitable?

eLending is becoming all the rage in the mortgage business. Some wonder whether it’ll ultimately replace the loan officer—and whether it ever could.

Some way into the Super Bowl in February this year, a Quicken Loans commercial aired that touted the company’s new Rocket Mortgage app. The minute-long ad, worth millions of dollars for that tiny bit of airtime, featured Americans at performances, in workshops, and in their kitchens, each of them busy with a phone app—and securing a home loan.

“What if we did for mortgages,” asked a female voiceover, “what the internet did for buying music, and plane tickets, and shoes?” The commercial advertised the app as a tool that could help everyone get a mortgage, and ended with a statement in bold, white font: “Push Button. Get Mortgage.”

On Twitter, that perennial venting space, critics blasted Quicken Loans for slipping into the same recklessness that helped cause the Great Recession and made “subprime” a household name. A Time story about the brouhaha documented tweets by several users, including Chris B. Brown, author of “Smart Football,” who wrote, “Bold move by Rocket Mortgage titling its Super Bowl ad: ‘Hey the 2008 financial crisis wasn’t so bad, right? Right?’” Even the Consumer Financial Protection Bureau weighed in with a hard-nosed #knowbeforeyouowe reminder.

To be fair, the app doesn’t fast-track homebuyers to a new home within days or minutes; as the Time story states, it enables interested consumers to see if they’re qualified and helps them secure a rate. All of the old rules still apply: income needs verifying, a borrower needs to be able to repay the loan, and face-to-face interaction is needed at some point.

Still, the incident is emblematic of broader public apprehensiveness to any appearance of a fast-and-loose mortgage lender—and the industry’s own awkward relationship with technology, both in what it can do and how it might be marketed. According to sources, that might help explain the industry’s ongoing dependency on outdated legacy systems that keep regulatory compliance costly and entrench hurdles for first-time homebuyers. With millennials now constituting the largest bloc of mortgage borrowers in the last few years, according to Fannie Mae, a lender’s reluctance to embrace sexy new software or digitalize its paper trail could cost them the next generation of homebuyers.

For these reasons, some want the industry to look a little more favorably on eLending, that trendy, albeit amorphous catchall that includes everything from eMortgages to backend compliance software.

“To not have the right technology implemented for both borrower and lender to rely on is suicide,” says Tim Anderson, eServices director for DocMagic, Inc. “From [the TILA-RESPA Integrated Disclosure rule] to numerous other compliance regulations, security and privacy purposes, the technology absolutely has to be there.”

Old-School Mortgages in a Digital Nation

Most mortgage lenders are not in the dark about the vital importance of eLending software and strategies, as the numbers suggest.

In January this year, Xerox released a survey that found roughly four-fifths of mortgage professionals are accelerating the drive to eDelivery technology, a 15-percent increase from 2015.

The same survey found that a whopping 92 percent of the same respondents expect increases in their use of that technology as a consequence of the TILA-RESPA Integrated Disclosures rule.

That kind of progress may be timely, then, because compliance is becoming anything but less expensive. In its first-quarter Mortgage Lender Sentiment Survey this year, Fannie Mae found that 65 percent of respondents expected net profit decreases as a result of government regulatory compliance. Just a peg lower, the same lenders said they could expect fewer profits because of staffing and personnel costs— many of which are often pinned on a crushing amount of compliance burdens.

Beto Juarez III, CEO of Austinbased Nest Mortgage, shared his experience with these compliance costs in states like Texas and California.

That heavy burden is a common gripe across the mortgage industry. Implemented in 2010, the Dodd-Frank Wall Street Reform and Consumer Protection Act, or, simply, Dodd-Frank, concentrated hundreds of pages on new mortgage lending rules. This led to a demonstrable increase in compliance cost and work hours. In a study published in 2015, the business-friendly American Action Forum estimated that lending and servicing companies across the spectrum encountered $24 billion in actual cost and 61 million paperwork burden hours, with the mortgage industry lifting a heavy share.

But not all the costs originate with federal regulations imposed under Dodd-Frank. According to our sources, it’s also inefficiency in a long-outdated paperwork process to which many companies are still accustomed.

Kyle Kamrooz, a veteran in the mortgage industry and COO of the California-based software subscription company cloudvirga, said lending is costlier today because of the uncertainty on the parts of some to embrace new tech. “The whole industry is built on a loan-centric origination model,” Kamrooz says. “[Legacy] technology tends to perpetuate a very paperintensive environment, where people—rather than technology—drives the workflow.

“That’s the world we live in today,” he adds. “Because of the regulatory environment, it just exacerbates LOS inefficiencies and stringent requirements.”

Combine this with a millennial generation that’s come of age, and it seems more imperative than ever that mortgage lenders catch up with trends in technology that could help them reduce their overhead, improve the experience for first-time homebuyers, and secure more word-of-mouth referrals in the process.

The homebuyers themselves seem to demand it. The National Association of Realtors released a Home Buyer and Seller Generational Trends Report in 2015 that showed that 94 percent of the homebuyers born after 1980— millennials—start with an online search for their home purchases. Half of those wind up with the home they found on the Internet.

Their ascension into the ranks of homebuyers and owners might help explain the popularity of such online real-estate companies as Zillow. Other cutting-edge software programs include Simple Nexus and Mortgage Coach, recently featured in USA Today as one of the five top real-estate apps that buyers need.

Still, software is one thing. It’s a widely accepted element of eLending. What if mortgage loans themselves were offered, underwritten, and approved—all online?

It depends on whom you ask about eMortgages and, specifically, how much of the execution is online.

Mortgage lenders like Equifax lay claim to services along the lines of an all-digital mortgage, particularly when it comes to accessing borrower credit scores, income and asset verification, and information about the properties.

On its website, Fannie Mae describes an eMortgage as one that entails electronic promissory notes, SMARTDoc Format, and other execution processes. The GSE exhorts lenders to consider eMortgages for their automation delivery, paperless trail, and reduced impact on the environment.

But this is all old news. The other, more radical notion—the all-digital mortgage—is reportedly on offer with a few lenders. And its mainstream adoption isn’t so far-fetched. In the same January survey, Xerox revealed that more than half of their respondents anticipate they’ll be closing mortgage loans entirely online in the next four years or so.

According to Anderson, eMortgages could very likely become mainstream—sooner rather than later—particularly as lenders find themselves between a government-imposed rock and a hard place.

Compliance measures like TRID will galvanize migration to electronic and virtual platforms, he says. With the Federal Housing Finance Agency set to compel electronic delivery of the Uniform Closing Dataset next year, it’s all the more likely that lenders will want to rein in onerous bureaucratic requirements with a virtual solution.

“It’s going to be very hard to support both requirements in a paper world,” Anderson adds. “We will then see major adoption of ‘e.’”

“I think there is this concept out there that you can get rid of the loan officer,” Juarez tells us. “It’s an interesting and really attractive concept,” but one that likely won’t ever mean the end of any need for loan officers.

For some of those same reasons, no matter how advanced eLending strategies and products become, there’s still no beating the human touch.

Despite all their stated preferences for the internet and electronic communication, millennial homebuyers still favor a positive experience with their Realtor. According to the NAR survey, 88 percent and 87 percent of first-time buyers rely on the Internet and Realtors, respectively.

Nothing can replace the real insights and guidance Realtors deliver to help consumers navigate the complex buying and selling process,” NAR President Chris Polychron said in a related statement.

And it’s this key feature—customer service, and not necessarily a fully automated and hands-off lending process—that time and again seems to distinguish mortgage industry survivors from the Darwin Award winners.

“Most people at the end of the day want a real human being,” says Michael S. Rosenbaum, a branch manager for San Diego-based Crosscountry Mortgage, Inc. “What I see more and more is people feeling nervous about the wall between the keyboard and a human being.”

Juarez concurs about the need for a human touch, and its longevity in the mortgage marketplace. “These transactions are complex and they change all the time,” he says.

Juarez is apt to remind eMortgage enthusiasts about the quintessential role a loan officer ultimately plays: the role of fixer. When something goes wrong—say, a document goes missing, and the borrower needs to fax it quickly— it’s the loan officer who steps up, coordinates all the players in the lending process, and glues all the pieces back together.

The need for a good loan officer isn’t something you’re likely to see advertised in a Super Bowl ad. Then again, who watches the Super Bowl for its commercials?