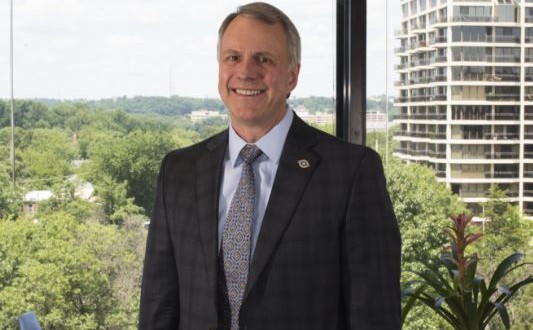 Whether they are medically retiring, returning from deployment, or separating from the service, military members and their families face immense challenges when returning to their civilian lives.

With the country’s tenuous job market and always-turbulent economy, financial uncertainty is a common frustration for these individuals. Throw in the ever-fluctuating housing market, and often, even finding a home to live in can be difficult upon a service member’s return.

Fortunately, that’s where organizations like Operation Homefront step in, offering a helping hand to those in need—both with housing and other types of financial assistance.

As its name suggests, Operation Homefront helps returning service men and women cope with the challenges of coming home—particularly those who are facing financial- or housing-related difficulties.

To achieve this, the organization offers critical financial assistance and relief, caregiver programs, and family support programs. Additionally, both permanent and temporary housing programs are a big part of the military nonprofit’s efforts.

In fact, in 2015 alone, Operation Homefront placed 92 military families in mortgage-free homes, saving the households upwards of $22.8 million in mortgage costs over the course their 30-year mortgages.

Additionally, at the 2015 Five Star Conference Military Heroes Keys for Life Dinner and Concert, the organization—with the help of The Five Star Institute and Auction.com—gave away another five mortgage-free homes to military families in need. The three organizations plan to make a similar donation at this year’s event.

Over 550 mortgage-free homes have been given away by Operation Homefront, averaging nearly 100 each year. However, the organization’s housing efforts go much further than that, through the group’s transitional housing program.

Operation Homefront’s “Villages” provide no-cost, fully furnished apartments to wounded, ill, or injured service members while they are receiving medical treatment or rehabilitation services. The apartments are also available for military members who are currently transitioning out of the Armed Services or who are awaiting approval of medical benefits.

Beyond the Front Doors

Outside the home, Operation Homefront helps military members with other transitional needs as well. The group’s emergency financial assistance program, for example, provides grants to military families with unforeseen budgetary challenges, particularly those that keep them from meeting their basic needs, like paying for groceries, rent, or utilities.

In 2015, the organization provided nearly 6,000 emergency financial assistance grants for 2,360 families—assistance that totaled more than $4.2 million.

There are other ways Operation Homefront aids military families, too, including its caregiver support groups, which total 52 across the nation and helped nearly 3,000 caregivers in 2015 alone.

The organization also provides holiday toys, holiday meals, and school supplies for military families and children on an annual basis, as well as other programs that help military families with relief, resiliency and recurring family support services.

Their annual “Military Child of the Year” Awards ceremony honors seven outstanding military children for  resiliency, leadership, and achievement while facing the challenges of military family life.   Six  young heroes represent each branch of the Armed Forces and the National Guard, and a seventh is recognized for Innovation.  Each receives a monetary award.

The Man Behind the Curtain

Behind every great organization is a great leader, and Operation Homefront has just that in its president and CEO, John Pray Jr. With a long military history and several years in other service positions, Pray, a retired brigadier general brings over three decades of experience to the table.

For Pray, the position continues a lifetime of service. A 27-year veteran of the Air Force, he retired in 2007 to accept a position as the executive secretary of the National Security Council, where he worked directly for President George W. Bush, managing policy formulation in support of the President and other senior White House decision makers.

When he accepted the position, Pray knew the job would very likely end once the new President was sworn in as expected, his government service ended in early 2009, and Pray became the executive vice president for SPEC Innovations, where he helped the systems engineering company expand into new areas.

He joined the USO later that year and led, for almost six years, a broad range of initiatives in operations, marketing, communications, information technology, entertainment and strategy, ensuring the USO met its commitments to service members, their families, and the donors that support them.

Pray took the helm at Operation Homefront in 2015, taking his service one step further. Now, not only is he able to use his years of military service and knowledge on a daily basis; he uses it to better the lives of his fellow service men and women, as well as their families—a job he never takes lightly.

The Seed Was Planted

Pray was first inspired to join the armed services by his parents, who took him at an early age to visit the Air Force Academy in Colorado Springs, Colorado. His father had served in the Army, retiring as a colonel when Pray was in the fifth grade. Though his mother didn’t serve in any branch of the military, according to Pray, when “one person serves, the entire family does.”

When filling out his Air Force Academy application—using a manual typewriter—he listed “I want to fly airplanes” as his reason for entering the Air Force. Less than impressed with his brevity, his dad asked him to expound.

“I added ‘and get a good education,’” Pray said.

His dad, satisfied, sent in the form and he was accepted. He graduated with a Bachelor of Science in 1980—the first year females graduated from the school.

Since then, Pray has earned several additional degrees, including master’s degrees from Embry-Riddle Aeronautical University, the School of Advanced Airpower Studies, and the Air War College. He also completed senior executive programs at the Columbia University Graduate School of Business, Harvard Business School, and Wharton.

“I had such a wonderful career,” Pray said, recalling some of his memorable assignments.

But the most memorable operational mission of his career? Pray said it came in 1999 when he was the mission commander for a vital medical air drop at the South Pole. As part of the annual “Operation Deep Freeze” program in support of the National Science Foundation, It was of the most daunting, challenging missions he had worked on to date.

On this complex mission, Pray was tasked with heading to the South Pole, where Dr. Jerri Nielson needed vital medical supplies. Recently diagnosed with breast cancer, Nielson could not seek treatment due to harsh weather conditions, so Pray and his team were to deliver crucial cancer-fighting medications to help her begin her battle.

To handle the job, Pray had to pull together all of the elements needed, approve all of the plans, and oversee the actual completion of delivery of medical supplies during the middle of winter, and according to Pray, it was not a simple task.

“It’s one of the harshest, most uninviting environments on the planet,” Pray said.

The South Pole is 9,000 feet above sea level, and the thin air makes flying aircraft much more challenging than it is at lower levels. That meant Pray had to obtain special gear, plan for refueling, account for the drag that an open door (for the drop) would have on the aircraft, and handle all of the other intricate nuances of the mission.

“I had to make sure we had the right team and equipment for success,” Pray said.

According to Pray, it wasn’t possible to use the back door of the aircraft like in most cargo air drops, as this would cause too much drag at the high elevation. There was also too high a chance the large door could freeze open. So instead, Pray had to use the smaller side door for the drop. He also had to ensure the crew was properly trained to do it quickly and accurately; frostbite could occur in as little as a few minutes.

On top of all these challenges, Pray said the convergence of magnetic fields at the South Pole wreaks havoc with most traditional flight instruments, so the mission also required special procedures to keep the flight on course.

Ultimately, the mission was a success, and Nelson received her medications quickly and intact. But its daunting challenges stay with Pray, often inspiring him in his work at Operation Homefront to this day.

Just as Operation Deep Freeze required juggling many plates and overcoming numerous challenges, so does spearheading Operation Homefront. But like Deep Freeze, the final product—being able to help a fellow citizen in need—is well worth the effort in the end.

Pray isn’t the only person who makes Operation Homefront what it is today. In fact, according to the organization’s CFAO (Chief Financial and Accountability Officer), Laura Yzaguirre, the group is home to a full team of workers who are absolutely dedicated to veterans and their families.

“Everyone here has an extreme passion for our mission,” Yzaguirre said. “When you help a military family, it’s priceless. I’ve been here for eight years. We’ve grown from a staff of just over 30 to 117.”

“He’s brought in the right people in the right positions,” she said. “The organization needs passionate people first. He’s a true and passionate leader who has brought us to the next level. He makes sure we do things right.”

One of the most important things that Operation Homefront does right is handle donor dollars in the correct way, Yzaguirre said.

As she and Pray point out, 92 percent of the organization’s expenditures go to its programs, earning Operation Homefront Charity Navigator’s prestigious 4-star rating—a rating the organization has received nine years running. The group has also received an “A” rating from Charity Watch.

At a time when many charity organizations are catching flak for misusing donations, this means good things for the future of Operation Homefront.

“This is truly one of the best organizations for supporting the military and their families,” Yzaguirre said.