Why Rental Activity Remains ‘A Bright Spot’ for Housing

While the lights of the housing market continue to flicker, rental market activity has been a bright spot, said Freddie Mac's U.S. Economic and Housing Market Outlook for June. The enterprise├â┬ó├óÔÇÜ┬¼├óÔÇ×┬ós report, released Tuesday, showed that newly formed households seem more interested in renting over owning as the economy struggles to get back on its feet. Freddie Mac expects this trend to continue for the near future. Reis found a 2.8 percent gain in its markets during the same period, while Axiometrics reported a 4 percent rise in nominal rents.

END_OF_DOCUMENT_TOKEN_TO_BE_REPLACED

U.S. Economy Adds Only 69K Jobs, Fewest in a Year 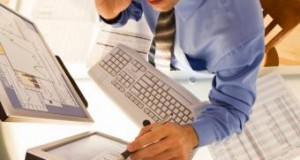