How Over-Optimistic Homebuyers Could Inflate Next Bubble 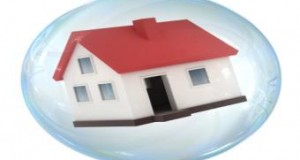 Renters and first-time homebuyers want more amenities in their first homes and generally feel a sense of optimism that outpaces the reality in a slowly recovering housing market ├â┬ó├óÔÇÜ┬¼├óÔé¼┼ô a disconnect that could set the stage for the next housing crisis. Those are the findings that real estate company Trulia unveiled in an American Dream survey it released Wednesday. Of 86 markets in the 100 largest metro areas, 61 percent, or nearly two-thirds, of Americans believe that home prices will rise over the next year, according to the company.

END_OF_DOCUMENT_TOKEN_TO_BE_REPLACED

The revised figures for economic growth in the year's first quarter were disappointing, but Fannie Mae's Economic & Strategic Research Group is still forecasting moderate growth for the remainder of 2012. A report released by the group Tuesday projected 2.2 percent growth for all of 2012. Several factors presented risks to the economic outlook, including a slowing trend in job growth and potential contagion in the euro zone from Greece's financial issues. Consumer attitudes also influence the economic outlook.

END_OF_DOCUMENT_TOKEN_TO_BE_REPLACED 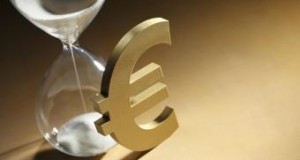 END_OF_DOCUMENT_TOKEN_TO_BE_REPLACED

As the debt crisis in Europe continues to worsen and investors look to Treasury bonds for security, fixed mortgage rates fell to all-time record lows in the last week of May. According to the results of Freddie Mac's Primary Mortgage Market Survey, the 30-year fixed averaged 3.75 percent with an average 0.8 point for the week ending May 31. This is down from 3.88 percent the previous week and 4.55 percent at the same time last year. The 15-year fixed rate mortgage also fell, bringing three of the four benchmark mortgage rates under 3 percent.

END_OF_DOCUMENT_TOKEN_TO_BE_REPLACED

A surge in refinance applications could propel mortgage originations by more than $200 billion in 2012, increasing to $1.28 trillion, according to the Mortgage Bankers Association. The trade group attributed estimates ├â┬ó├óÔÇÜ┬¼├óÔé¼┼ô upwardly revised from $1.26 trillion in 2011 ├â┬ó├óÔÇÜ┬¼├óÔé¼┼ô to account for a refinance boom sparked by the crises in debt-saddled Europe. The MBA said that it expected refinance originations would amount to $870 billion this year, an amount nearly identical to forecasts from last year, when HARP led the way in estimates.

END_OF_DOCUMENT_TOKEN_TO_BE_REPLACED

Investors fleeing Europe once more helped drive mortgage refinance applications to 3.8 percent this week, up from the week before, according to the Mortgage Bankers Association. The MBA's Refinance Index climbed 5.6 percent from the week before, signaling a rise for the third consecutive week and helping reach highs not seen since February earlier this year. The four-week moving average ticked up by 4.83 for the index. The refinance share of mortgage activity leapt to 76.6 percent of total application volume.

END_OF_DOCUMENT_TOKEN_TO_BE_REPLACED

The 30-year fixed-rate mortgage hovered at 3.63 percent this week, up from record lows last week, with debt crises in Europe continuing to scare investors and drag down prospects for a steady economic recovery. Real estate Web site Zillow found the 30-year fixed-rate mortgage down to 3.63 percent, up from 3.59 percent last week. The 15-year home loan averaged 2.93 percent, while rates for 5-year and 1-year adjustable-rate mortgages reached 2.54 percent. Europe remains a sore spot for the economic recovery.

END_OF_DOCUMENT_TOKEN_TO_BE_REPLACED

In its latest monthly report released Monday, Capital Economics painted a positive picture of the housing market, insisting the market has moved from bottoming-out to recovering. To those wondering whether Capital Economics' positive prophesies are merely a mirage soon to be dispersed much like the short-lived positive movement the market experienced in 2009 and 2010, the analytics firm pointed out a substantial difference between what occurred in 2009-2010 and what is occurring today.