Tuesday, July 21, 2015 marks the fifth anniversary of the Dodd-Frank Wall Street Reform and Consumer Protection Act. As Dodd-Frank turns five, congress members and industry leaders examine just how effective the reform act has been within the government agencies to which it was applied.

END_OF_DOCUMENT_TOKEN_TO_BE_REPLACED 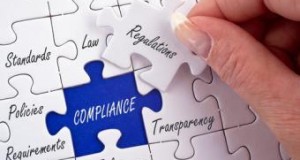