The nation's homeownership rate rose to 65.5 percent in the second quarter, according to the Census Bureau. The rate for the first quarter, however, was revised downward from the originally reported 65.5 percent to 65.4 percent, the lowest since Q1 1997 when the rate was also 65.4 percent. The Census Bureau also reported the number of housing units for sale fell to 1,595,000 in the second quarter, a drop of 364,000 from a year earlier. Over the same period, the number of housing units held off the market increased 265,000 to 7,612,000.

END_OF_DOCUMENT_TOKEN_TO_BE_REPLACED

New home sales fell to 350,000, setting a five-month low in June, the Census Bureau and HUD reported jointly Wednesday. Economists had expected sales to inch up slightly from the preliminary sales report in May. May sales were revised up to 382,000 from the originally reported 369,000. Both the average and median price of a new home fell in June from May. The median price was also down from June 2011 while the average price was up slightly. The average price of a new home fell in June to $273,900.

END_OF_DOCUMENT_TOKEN_TO_BE_REPLACED 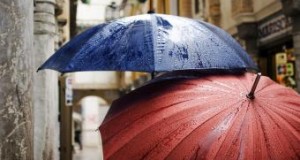 Compared to the two-year high for new home sales in May, June's figures were met with disappointment. On Wednesday, the Census Bureau reported new home sales dropped 8.4 percent month-over-month to 350,000 in June compared to an upwardly revised 382,000 for May. In an IHS Global Insight commentary, economists Patrick Newport and Michele Valverde pointed out that figures for March, April, and May were all revised up, and that sales were up in the Midwest and West, but down in the Northeast and South.

END_OF_DOCUMENT_TOKEN_TO_BE_REPLACED

A weakened second quarter may indicate a slowdown in economic activity for the rest of the year, Fannie Mae reported Monday. According to a report from the GSE, its Economic & Strategic Research Group may have been too optimistic in its original 2012 GDP growth projection of 2.2 percent. Its revised growth rate estimate is 2.0 percent. Despite the downgrade in anticipated economic growth, Fannie Mae found a silver lining in the housing market. Year-over-year, home sales increased by 9 percent, and single-family housing starts are nearly 20 percent higher (although still below healthy norms).

END_OF_DOCUMENT_TOKEN_TO_BE_REPLACED

Economy Likely to Stay on Path of Recovery: Barclays

The housing recovery is strengthening and turning onto a sustainable path, Barclays said in a report Wednesday. According to the firm's U.S. Housing report, single-family housing starts are expected to trend upward, matching the strength of multi-family starts that has driven the housing recovery over the past year. Barclays also anticipates that home price indices will close out the year strong, suggesting a broadening and lasting recovery. The rising supply and steady sales pace of single-family starts apparently encouraged homebuilders.

END_OF_DOCUMENT_TOKEN_TO_BE_REPLACED

The U.S. economy continued to expand at a modest to moderate pace in June and early July the Federal Reserve said Wednesday in its periodic Beige Book. The national summary, based on reports from each of the 12 Federal Reserve districts, noted "modest growth" in the Atlanta, St. Louis, and San Francisco districts, while the Boston, Chicago, Minneapolis, Kansas City, and Dallas districts said economic activity was "advancing moderately." All district housing market reports, the Beige Book said, were "largely positive."

END_OF_DOCUMENT_TOKEN_TO_BE_REPLACED

The median price of an existing single-family home rose in June to the highest level since 2008, marking a fifth straight month-over-month gain, the National Association of Realtors reported Thursday. The trade group found the median price up 7.9 percent from June 2011. Existing-home sales dropped to 4.37 million in June, reaching the lowest level since last October, according to the group. It was the fourth drop in the last five months. Economists had expected the sales pace to increase to 4.65 million from 4.62 million in May.

END_OF_DOCUMENT_TOKEN_TO_BE_REPLACED

Increased home sales continue to help the United States out of its Great Recession, but uneven job growth is stunting recovery, according to Freddie Mac├â┬ó├óÔÇÜ┬¼├óÔÇ×┬ós U.S. Economic and Housing Market Outlook for July. The report, released Wednesday, showed that record-breaking low mortgage rates and refinances through HARP 2.0 drove up housing demand, leading to increases in housing starts, home sales, and prices in many markets. Housing starts for the first five months of the year averaged an annual rate of 719,000, a 26 percent increase from the same period in 2011.

END_OF_DOCUMENT_TOKEN_TO_BE_REPLACED

Underwater homeowners are contributing to a lower inventory of houses for sale on the market, but according to Capital Economics negative equity will not have a major impact on housing prices. Regardless of the impact of negative equity, both Capital Economics and the National Association of Realtors foresee rising prices in the near future. The percentage of underwater homeowners is falling but remains elevated. CoreLogic said that 11.4 million homeowners were underwater in the first quarter.