Builder confidence rose one point in in June to 29, its highest level since May 2007, the National Association of Home Builders reported Monday. The index for May, originally reported as 29 was revised down to 28. Economists had expected the index to be flat to the original report for May. The total index in June was up 16 points from June 2011, the strongest year-over-year gain since December 1998. The index has improved year-over-year for 12 straight months as it did from July 2009 through June 2010 before going into a five month swoon.

END_OF_DOCUMENT_TOKEN_TO_BE_REPLACED 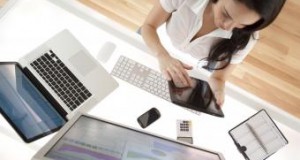 According to Harvard University's Joint Center for Housing Studies, the key to the housing market recovery is job growth. "What the for-sale market needs most is a sustained increase in employment to bring household growth back to its long-term pace," the Joint Center said in its recent report, The State of the Nation's Housing 2012. Multifamily starts rose 54 percent and home improvement spending rose 0.6 percent over the year in 2011 and single family housing starts declined 8.6 percent over the year.

END_OF_DOCUMENT_TOKEN_TO_BE_REPLACED

Green Homes Could Account for Nearly 40% of Construction by 2016

END_OF_DOCUMENT_TOKEN_TO_BE_REPLACED

Shares swelled for the nation├â┬ó├óÔÇÜ┬¼├óÔÇ×┬ós four largest lenders Tuesday, with analysts crediting a rise in construction spending over March for a climb by the stock market to levels not seen in four years. The Dow Jones Industrial Average cleared an important psychological hurdle by rising 65 points to 13,279, the highest in four years. Media outlets and analysts attributed the boon to a leap ahead in confidence for the Chinese and U.S. economies, with a slight rise in construction spending over March responsible for the latter. Construction spending arrived at $171.2 billion.