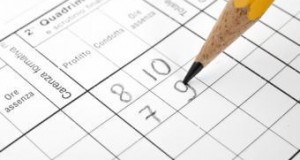 Rising home values in September brought homeowner equity to its highest level since the third quarter of 2008, according to the Obama administration's latest Housing Scorecard. According to the report, homeowner equity increased $406 billion, or 5.9 percent, to $7.3 trillion in the second quarter of 2012. After experiencing a turnaround into growth in the year's first quarter, total equity has grown $863 billion, or 13.5 percent, since the end of 2011.

END_OF_DOCUMENT_TOKEN_TO_BE_REPLACED 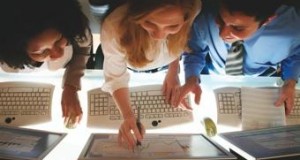 END_OF_DOCUMENT_TOKEN_TO_BE_REPLACED

Taking the stage on Thursday, speakers at the ninth annual Five Star Conference, currently underway at the Hilton Anatole in Dallas, tackled the issue most politicians evade: When and where should government intervene in the housing market? Not often, according to speakers like Jack Konyk, executive director of government affairs with Weiner Brodsky Sidman Kider, and Edward Kramer, EVP of regulatory affairs with Wolters Kluwer Financial Services. The Dodd-Frank Act took center-stage during the debate, and the Consumer Financial Protection Bureau along with it.

END_OF_DOCUMENT_TOKEN_TO_BE_REPLACED

Obama: Road to Recovery Is Paved with Refis

As the housing market and the overall economy crawl languidly toward an elusive recovery many believe will still take years to achieve, President Barack Obama suggests the key to progress is a broad housing refinance plan. Obama endorses a bill that would allow underwater homeowners to refinance at current interest rates, which continue to wallow near historic lows. A few senators have proposed bills recently to allow more homeowners to refinance their mortgages.

END_OF_DOCUMENT_TOKEN_TO_BE_REPLACED

Bank, Groups Go After CFPB to Declare It Unconstitutional

The Consumer Financial Protection Bureau faces a new legal challenge as a Texas community bank and two conservative groups launch a lawsuit to undo it and the financial reform law that created it two years ago. The Big Spring, Texas-based State National Bank recently paired with the Competitive Enterprise Institute and 60 Plus Association to sue the embattled consumer bureau in federal court. The suit challenges the constitutionality of the CFPB and Dodd-Frank Act, as well as Richard Cordray's appointment.