Home >> Headlines >> Enhancing the Experience: How Tech is Improving Customer Convenience and Control

Enhancing the Experience: How Tech is Improving Customer Convenience and Control 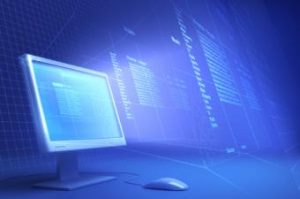 In an industry that is conforming to technology, mortgage originators are not only streamlining their business verticals to keep up with the industry standard, but they are also aligning with consumer interest by making services convenient and accessible.

Jon Gerretsen joined Altisource as its President of Origination Services, now Trelix, last May, and brings more than 25 years of consumer banking experience to the table. Previously, he worked as First Senior Vice President for the Mortgage Banking Division of New York Community Bank and held senior leadership positions at AmTrust Bank, CitiMortgage, and KPMG.

Gerretsen sat down with MReport to talk tech—how it’s changed in recent years, where it’s headed, and how it’s improving the customer experience from start to finish.

Q: What would you say is the most cutting edge development in origination tech right now?

A: Most of today’s emerging tech is based around improving the client experience. Historically, most of the technology was based on improving scale, efficiency, and building out, but it was directed toward the lenders. Then lenders could improve their process, but little of it was really borrower-focused or borrower-friendly, if you will.

The last six years, beginning with RESPA in 2010 and ending up with TRID in 2015, you take those large platforms and you add in longer waiting periods and more complex regulations, it made for a poor experience for the borrower, to put it mildly. It's almost as if after 2015 there was a collective sigh, a lot of the innovation you see today,, could be placed back into competitive advantages and borrower and client experience.

Today’s tech is all based on improving the customer experience. I liken it to 10 years ago, when a very famous pizza company came out with this online tool where, at any point after you called in your order or put in your order online, you could click it on and see where your status was. You know, “Phil just put the pepperoni on your pizza,” “John just put it in the oven,” “Now it's in the car,” that type of thing. That's always been a vision for the mortgage industry—to be able to provide that type of access and that self-service, if you will, to the lending public.

Most of us that have been in the industry for a number of years have lived in the loan approval environment where you throw it over the wall, then back over the wall, and then we'll go back and forth, and days later we would find out page two was missing, right? So we would have to start over. Today, you build out systems where either the borrower or the lender can go online and say, "Oh, it looks like they didn't get the second page of the addendum when we uploaded it." Boom: It goes in, and five minutes later it's done. That first point of contact provides for a more immediate resolution. It's about efficiency, simplicity, and control.

Q: From a borrower's perspective, origination technology is really just about cutting down the time, wouldn’t you say?

A: The most cutting edge technology is one that increases convenience for the borrower. Instead of telling them to bring 22 pages or three months of their last four bank statements, the borrower goes online, goes into their account, clicks an “Okay” button, and the lender has access. Then the lender immediately gets verification of what's on those accounts from a trusted third party.

A mortgage is really nothing but a manufactured process of locking down data. Now, with new technology, you can lock down that data at each point in the mortgage. Historically, the credit report was the only piece that would come in from the Bureau. It came from the Bureau, it's a trusted source, so boom, you’re locked in.

Now, creating avenues where you can do that with assets and income is another issue. If there were a number of different outlets or third parties you could go to in order to validate income—without telling the borrower they have to call their accountant and get 52 pages of tax returns, W-2s, and pay stubs—it’d be much simpler and would allow the borrower to control their own destiny.

Q: With all the new technology, how quickly can a borrower go from initiation to closing?

A: You still have regulatory, mandated waiting periods, so that the borrower has three days to review their lending estimate. They have seven days prior to closing after they get their closing disclosures, so those are still there. But other than that, the process itself is much faster than before.

If you go back, 15 years ago—which sounds like a long time ago—you used to send out verifications to banks that would say, "Please verify that Jon has X amount in his checking account and X amount in his savings account." Then it'd be mailed back and, if the loan didn't close on time, that verification was only good for a certain number of days. You'd have to mail it back and get it re-certified. It's those types of things that are eliminated by creating this type of technological integration.

The added benefit is two-fold. The two things today that are the drivers of emerging tech are the client's experience and the risk mitigation. Think about it: you're not dealing in a paper world anymore and you're getting electronic verifications from either a work verification source or a lender through the borrower permitting access, risk mitigation is as good as it gets. Not only are you doing it faster, but you're enhancing the quality of the loan. While  doing that, you're also allowing the borrower experience to improve.

Q: What are some possible downsides to some of these new technologies? Are there any disruptions that you're seeing in this particular sphere of the industry?

A: I wouldn’t call this a downside, but growing pains are seen in the scope area. Today, not all of the third-party sources to verify employment are integrated, and it still can’t help with self-employment. It's not a 100-percent effective solution.

Q: Do you think technology can step in to make things even more efficient?

A: That's exactly where it's focused today. Again, think of it as a manufacturing process. Each time one of these data elements are collected and locked down from a third party, it's as secure as we can get, it's as compliant as it can get, and risk mitigation is achieved.

I can remember when lenders were not allowed to share FICO scores with borrowers. Think about how absurd that is today. I'm only talking about probably 18 years ago. ECOA and a lot of the other regulations came in and changed that, but we're light years ahead of where we used to be.

Q: So all these possibilities, these are things the industry can do right now with the technology currently available?

A: Yes, but it’s not a 100-percent solution. As an industry, we're building it now. Our platform is focused on the client experience. One of the other big pieces, and one of the things that is built in, is a transparency into the process.

Again, from practical experience, if you're a client or a borrower and you have a condition to satisfy on your loan before you can close, in the old days the leading edge technology was OCR—optical character recognition. You could upload documents, and the system would figure out exactly what this was and route it on its way. That was state-of-the-art, but it still didn't guarantee that it fit the bill. Now, in the system, the transparency that's created, in these new client-focused systems, the client goes on and can say, "This is condition B which applies to condition B-1 that was placed on the loan," and tag it there. The person clearing the condition doesn't have to play the match game with what gets uploaded versus what's outstanding on the loan.

Quality, compliance, customer experience, all those things are enhanced by this self-service component, instead of just uploading and trusting. It just puts borrowers in control.

Previous: The Waiting Game: Where is the Economy Headed?
Next: New Solution to Helping Credit-Poor Consumers Proposed