After his death, MReport reached out to several of Klein’s colleagues who knew him as both a consummate professional and a generous friend. You can read those reminiscences here, but today MReport looks back at Klein’s legacy within the industry.

Back in 2015, as Safeguard Properties was celebrating its 25th anniversary, Klein sat down with MReport's sister publication, DS News, for a cover-story feature profile (which you can read here). Looking back at Safeguard’s beginnings, Klein couldn’t quite explain why he’d become interested enough in property preservation to actually start a company dedicated to it. “I can’t really tell you why: it just appealed to me,” Klein told DS News. “I just liked the concept of doing property inspections for mortgage companies.”

That interest served him well. In the days before the housing crisis, however, inspections of vacant properties were not necessarily given the attention they would come to receive. “The field service industry in those years did not have a good reputation, and it was my job to change that reputation.”

Klein began to work toward that goal in several ways, including requiring that his inspectors actually perform complete visual inspections of the properties—contrary to the trend of “drive-by inspections” that were commonplace at the time. Klein reached out to HUD representatives to inform them of the changes. When HUD asked why he was committed to going the extra mile, Klein told them, “We’re going to go inside the property to see it, so that we can save you millions of dollars in damages.”

HUD soon made Klein’s monthly full inspection approach policy, informing inspectors that if they did not comply, they would be held responsible for any subsequent damage. Klein helped establish the industry standard for property inspections.

“The whole concept of looking out for the industry and not just Safeguard was my goal,” Klein told DS News in 2015. “It was the right thing to do.”

Klein continued to build relationships with the federal agencies tasked with overseeing the housing and mortgage industries, but he didn’t stop there. In 2004, he launched the industry’s first property preservation conference, bringing together various competing companies to ensure collaboration toward best practices across the board. When industry-impacting events such as Hurricane Katrina happened, Klein would often arrange conference calls to hash out the challenges being faced and the lessons learned.

In September 2016, DS News again interviewed Klein, at that point serving as Chairman and Co-Founder of SecureView and a passionate advocate against community blight and zombie homes. Klein was a strong proponent of replacing plywood with polycarbonate clear boarding—another change that is well on its way to becoming an industry standard.

“This product has all the benefits of what we need in the industry to secure vacant properties,” Klein said at the time. “This is what I have been focusing on in the past two years, and I'm not trying to brag, but I am right.” Many agreed—Fannie Mae banned the use of plywood to secure vacant properties in March 2017, and many local governments have since followed suit.

During his 2016 DS News interview, Klein highlighted another major challenge within the field of property preservation: fast-tracking vacant properties so they can get back on the market. Again, this issue is something many in the industry are working to address.

MReport tips its hat to the life and legacy of Robert Klein, and offers its condolences to his friends and family. He was a true industry icon, gone too soon.

Previous: Where Do Borrowers Save the Most on Mortgage?
Next: Capital One Sells $17 Billion of Mortgages

CFPB and the Qualified Mortgage Patch 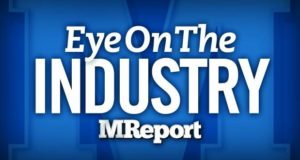 Eye on the Industry: Updates on Executive Hires, Technology 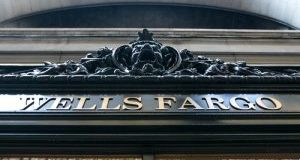 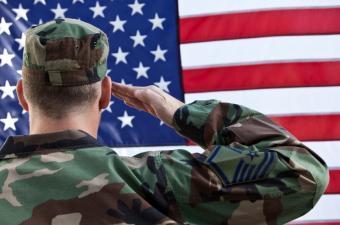 A new report shows a steady rise in preference for VA loans among military homebuyers. Learn the details of the CFPB report here.