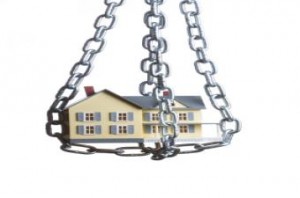 A new survey of housing attitudes released by the MacArthur Foundation found that a majority of Americans believe the country is still not past the housing crisis that began seven years ago. The 2015 How Housing Matters Survey found that three in five Americans believe we are “still in the middle” of the housing crisis or “the worst part is yet to come” of the crisis.

The survey also determined that Americans believe a middle-class lifestyle is harder to obtain in today’s market and that it is more likely for a family to fall from the middle class than join it.

“Decent housing at an affordable price remains a challenge for an increasing number of Americans, even after the recession has formally ended,” said Julia Stasch, MacArthur president. “It is disturbing that people feel the American dream and prospects for social mobility are receding. This survey is a wake-up call. People want and expect solutions to the housing crisis to be a higher priority for both national and local leaders alike.”

The survey is conducted by Hart Research Associates and commissioned by the MacArthur Foundation and is the third annual national survey of housing attitudes, the foundation said.  The associates interviewed 1401 adults, mostly millennials, on landlines and cell phones, between April 27 and May 5.

According to the survey, of the three in five Americans that believe the housing crisis is not over, 41 percent believe we are “still in the middle” of the housing crisis, while 20 percent feel “the worst is yet to come.” This is an improvement from 2014 where 70 percent of Americans felt the housing crisis has not passed, while 77 percent felt the same in 2013. With such pessimism alive among Americans after seven years since the crisis, the foundation noted ongoing concerns about housing affordability as well as lingering economic trauma.

“Most Americans do not believe the housing crisis is over, and this has contributed to the public feeling shaken in its optimism about what the future holds, particularly for younger people,” said Geoffrey Garin, Hart Research Associates president. “The building blocks of success–having a good job, decent housing, and the ability to save for a secure future–are viewed as harder to achieve than they were a generation ago, and this in turn helps drive pessimism about social mobility. The idea that downward mobility is more likely today than upward mobility turns the American Dream on its head, and is an indicator of how badly confidence has been eroded.”

Yesterday, Fannie Mae released its May 2015 National Housing Survey, revealing a different perspective from consumers. The survey found that attitudes among consumers concerning the housing market showed vast improvement for the month of May, and these positive changes support the case for an increase in housing activity this year.

According to Fannie Mae, the survey polled 1,000 Americans via live telephone interview to determine their attitudes toward owning and renting a home, home and rental price changes, homeownership distress, the economy, household finances, and overall consumer confidence. Homeowners and renters were asked more than 100 questions used to track attitudinal shifts.

“Things are looking up for housing,” said Doug Duncan, SVP and chief economist at Fannie Mae. “Those saying it is a good time to sell a house hit a survey high of 49 percent. Also, the percentage of consumers telling us their household income is significantly higher than 12 months ago grew six percentage points to 28 percent over the past two months.”

The Week Ahead: Licensing Banks in the Fintech Age

Homeownership is Less Affordable in Q3