The City That’s a Top Spot for Millennial Homebuyers 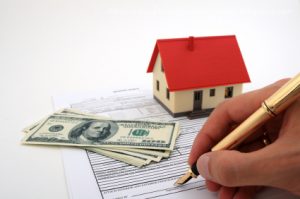 The classic 1960s Dionne Warwick lyric “Do you know the way to San Jose?” took on a new resonance last year as the Bay Area metro became the nation’s top destination for millennial homebuyers.

According to a LendingTree survey that tracked 2020 millennial homebuying data from January 1 through December 15, San Jose was the leading metro where millennials made up the largest share of purchase requests, with 61.79%. Boston and Denver followed at 59.09% and 59.07%, respectively, with Minneapolis (58.76%) and Buffalo (58.44%) rounding out the top five.

At the other end of the spectrums, millennials were far less prominent in Las Vegas’ housing market last year, making only 42.58% of the purchase requests in the gaming mecca. Millennials were also a relatively elusive presence in Tampa (44.54%), Phoenix (46.33%), Miami (47.21%), and Jacksonville (47.63%).

LendingTree defined millennials as anyone born between 1981 and 1996, but the survey found a slight difference between the older and younger members of this demographic regarding their homebuying destinations. Millennial homebuyers in San Francisco, San Jose, and New York City were the oldest in the study, with an average age of 32.10 years old for those three areas, while Salt Lake City, Buffalo and Detroit attracted the youngest millennial homebuyers, with the average age for these three areas at 31.03 years old.

“Millennials make up the largest group of homebuyers in the United States, surpassing members of older–and richer–generations like Generation X and baby boomers,” observed LendingTree Chief Economist Tendayi Kapfidze. “And though the COVID-19 pandemic has doubtlessly caused some millennials to put their homebuying plans on hold, many members of this generation are still looking to take advantage of near record-low mortgage rates to buy a house.”