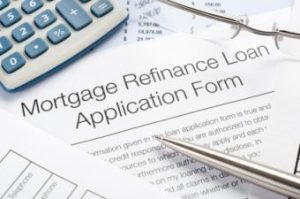 Millennials are rushing to get their mortgage refinanced, according to new data released by Ellie Mae.

Refinance activity accounted for 45% of all loans closed by millennial borrowers in November, as determined by the latest Ellie Mae Millennial Tracker report. This represents a 3% increase from October and the highest percentage since May 2020.

On a year-over-year measurement, the refinance share of millennial mortgage activity was up by 14%. This upward motion coincided with the downward spiral of the average interest rate on all 30-year loans, which fell the eighth consecutive month down to 2.97%, the lowest level since Ellie Mae began tracking the data in January 2016.

As more millennials refinanced their mortgages to lower their monthly payments, loan volume increased. This resulted in the average time to close a refinanced loan increasing by two days month-over-month, from 58 days to 60 days. Overall, the average time closing for all loan types increased from 49 days in October to 52 days in November.

On the purchase side of the business, Ellie Mae reported conventional loans accounted for 85% of the older millennials’ product choice and 74% of the younger millennials’ choice. Federal Housing Administration loans were the second most popular, accounting for 12% and 23% shares among older and younger millennials, respectively.

“Mortgage rates started 2021 close to record lows, most notably with the 30-year fixed rate at 2.86 percent, and the 15-year fixed rate at a survey low of 2.40 percent,” said Joel Kan, MBA AVP of Economic and Industry Forecasting. “The record-low rates for fixed-rate mortgages is good news for borrowers looking to refinance or buy a home, as around 98 percent of all applications are for fixed-rate loans.”

Previous: Jobs Report Reflects ‘Economic Divide’ Caused by Pandemic
Next: How Much Will Home Prices Increase in 2021?