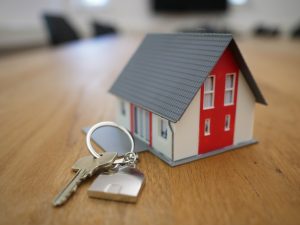 Active listings dropped by 33% year-over-year to a new all-time low, according to data released by Redfin for the four-week period ending January 10.

Redfin determined there were 547,725 active listings for the period it tracked, down from 815,901 active listings during the same period in the previous year. New listings were down by 3%, marking the first decline since July.

But while active and new listings were on the decline, sales and prices were on the rise. Redfin reported pending home sales were up 35% year-over-year, while 38% of homes that went under contract had an accepted offer within the first two weeks on the market, compared to 27% during the same period one year ago. Mortgage applications were up 10% year-over-year, and the median home sale price increased 14% year-over-year from $280,100 to $320,025.

"Buyers are likely disappointed by the lack of new homes listed in the past month," said Redfin Chief Economist Daryl Fairweather. "But that's not stopping them from making offers on what is on the market, which is sending pending sales up. It's looking like 2021 will see a housing market frenzy that will rival what we experienced in 2020."

Although December’s rate was down from the revised rate of 55.9% in November, it was also the eighth consecutive month where nearly half or more of Redfin offers encountered competition. Homes listed between $1 million and $1.5 million were the most likely to be the target of bidding wars, with 60.3% of Redfin offers being fueled by this competition. Redfin also reported that 55.3% of homes listed between $600,000 and $800,000 and 34% of homes listed for less than $200,000 were subject to this form of financial duel.