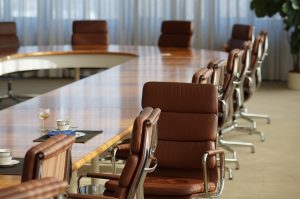 President-Elect Joe Biden on Monday nominated Rohit Chopra to become the next Director of the Consumer Financial Protection Bureau (CFPB) and Gary Gensler to become Chairman of the U.S. Securities and Exchange Commission (SEC).

Chopra is an ally of Sen. Elizabeth Warren, working with her during the creation of the CFPB and taking on the agency’s roles of Student Loan Ombudsman and later Assistant Director. In 2018, Chopra was unanimously confirmed by the Senate to serve on the U.S. Federal Trade Commission.

Chopra would replace Kathleen L. Kraninger as the head of the CFPB. The agency was created in the Dodd-Frank Act with a director serving a five-year term, but the U.S. Supreme Court ruling last year on Seila Law V. CFPB enabled a president to remove a CFPB Director at will instead of for cause – President Trump, who appointed Kraninger in 2018, supported that ruling.

Gensler is a former financial services executive who became a partner at Goldman Sachs at the age of 30. He left the private sector to join the U.S. Department of the Treasury in 1997, first serving as Assistant Secretary for Financial Institutions and later as Undersecretary for Domestic Finance. In 2001, he joined the staff of Sen. Paul Sarbanes and helped author the Sarbanes-Oxley Act.

Gensler returned to the Executive Branch in 2009 to become Chairman of the Commodity Futures Trading Commission. In 2017, he was named Chairman of the Maryland Financial Consumer Protection Commission. Gensler will succeed Jay Clayton, who resigned last month even his term would expire at the end of June.

“These tireless public servants will be a key part of our agenda to build back better — and I am confident they will help make meaningful change and move our country forward,” said Biden in a press statement. Both Chopra and Gensler will need to be confirmed by the U.S. Senate.