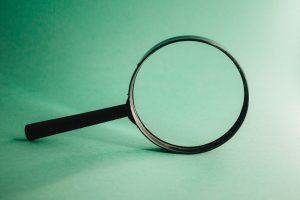 A new white paper published by Clear Capital is forecasting a “fledgling renaissance” in appraisals, with new procedures and technologies that were adapted during the COVID-19 pandemic opening a new route for appraisers within the residential real estate sector.

The white paper, titled “Why We’re Heading Into a Golden Age for Appraisal Modernization,” comes on the heels of last month’s Request for Input (RFI) by the Federal Housing Finance Agency on appraisal modernization. While the RFI is accepting responses through February 26, Clear Capital is stating that changes for the better are already taking place.

“Modernization will either take root and flourish or be temporarily stamped down—causing us to miss another critical window and punt back to the way things have always been,” said the Reno, Nevada-headquartered company in the white paper’s introduction.

Clear Capital pointed to Freddie Mac data highlighting that 50% more appraisals were being completed in 2020 than in 2012, even though the number of appraisers doing the work has been unchanged. This increased volume of appraisals has created new challenges: the white paper noted that the average cost of an appraisal is 24% higher than it was in 2016 and the average turn-time of an appraisal has grown 65% from 2018.

The white paper praised the concept of the hybrid appraisal, where a separate party collects the property data while the appraiser reviews the data for a valuation opinion. The white paper used a medical analogy to advocate for this approach.

“We don’t expect surgeons to prep their patients, administer anesthesia, and clean the operating room,” the white paper stated. “We expect them to use their hours of training and knowledge more effectively. In the same spirit, we should be on a mission to help appraisers use their elevated skillsets most effectively by removing mundane, repetitive, and time-consuming tasks from their plate. We want them to focus on the ‘surgery.’”