Home >> Daily Dose >> Affordability an Issue for Most Millennial Homebuyers

Affordability an Issue for Most Millennial Homebuyers 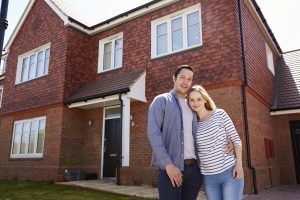 Of the millennials surveyed, 54 percent plan to buy a “forever home” or a home where they can live for a while and 40 percent would like to buy a starter home that they can upgrade from. As far as budgets are concerned, 74 percent said that they plan to cap their next home purchase budget at $250,000.

The report indicated that a majority of millennials cannot afford to buy a home now and even among those who could afford to buy immediately, only 46 percent thought that now was a good time to buy a home. Around 55 percent of respondents said they were concerned with timing the market and wanted to make sure they were not buying at overvalued rates.

Moving jobs or losing a job was a major concern for these first-time buyers with 48 percent being concerned about a job move or a job loss after they committed to buying a home.

The survey also highlighted the top three criteria that these homebuyers look for in an ideal home with a nicer home that needs less upgrade or renovation; a bigger home with more room or space; and access to better schools making it to this list.

Previous: DIMONT Poised for Growth in Mortgage-related Insurance Services
Next: Will the Housing Market Maintain Momentum?