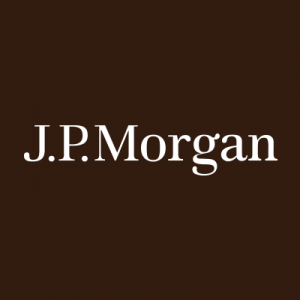 While the long-term impacts of the tax reform bill passed by Congress and signed into law by President Trump remain to be seen, at least one major corporation is investing some of their tax windfall into continuing growth. According to U.S. News & World Report, JPMorgan is raising hourly employee wages, hiring thousands of new employees, and opening new branches around the country.

The Tax Cuts and Jobs Act of was signed into law by President Trump on December 22, 2017, implementing sweeping changes to many parts of the tax code—and dropping the corporate tax rate from 35 percent to 21 percent. The theory is that this will inspire corporations to invest more in the United States, to hire more people, and to pay those people higher wages. New York-based bank JPMorgan seems to be doing precisely that.

JPMorgan has announced that it will be increasing hourly wages to a range of $15 to $18 per hour, up from the previous averages of between $12 and $16.50 per hour. The bank is also planning to open 400 new branches, hire 4,000 new U.S. employees, and reduce medical plan deductibles for some employees.

According to U.S. News, JPM also plans to increase the number “affordable” home loans it originates by 25 percent to $50 billion and increase philanthropic donations by 40 percent to $1.75 billion.

Chairman and CEO Jamie Dimon told U.S. News & World Report, "Having a healthy, strong company allows us to make these long-term, sustainable investments. We are excited about further investing in our outstanding workforce and expanding into new U.S. markets."

The new branches will be rolled out over the next five years and in up to 20 new markets, according to U.S. News. JPMorgan currently operates in 23 different states, totaling more than 5,000 local branches.

Although JPMorgan reported a 37 percent drop in profits during Q4 2017, which it attributes to having to write down the value of its tax-deferred assets after changes to the tax code, rising interest rates will allow the bank to charge higher rates on loans, which should increase net interest income.

JPMorgan Chase’s Q3 2017 financial reports, released in October 2017, showed the company reporting a revenue of $25.3 billion, with $6.7 billion in net income for the quarter.