Home >> Daily Dose >> The Economy’s Great—Why Is Housing a Problem?

The Economy’s Great—Why Is Housing a Problem? 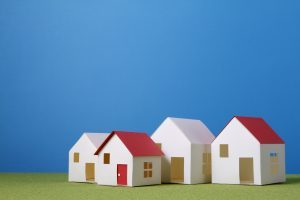 The American housing market is constrained. Not by price so much as by the continuing lack of houses on the market; and this, according to Realtor.com’s "State of the Housing Union" report, released Thursday, is “pressuring potential home buyers striving to attain the American Dream,” despite a strong U.S. economy.

“Strong demand and weak supply continue to set the tone for the industry," said Joe Kirchner, Senior Economist for Realtor.com. "The new tax law that caps the mortgage interest deduction and the deductibility of state and local taxes can be expected to impact the upper-end market in 2018. Precisely how and the extent of which remain to be seen."

While the economy overall is encouraging‒‒consumer confidence and the stock market are high, unemployment in 2017 was at its lowest level since 2000, and the economy added jobs for a record 86th consecutive month, according to November data from the U.S. Labor Department‒‒sales growth of existing U.S. homes actually cooled. Housing sales grew a mere 1.1 percent in 2017, compared to the 3.8 percent growth that occurred in 2016. At the same time, inventory fell 8.8 percent nationally in 2017, versus a 10.7 percent dip during the comparable period a year earlier.

Tight supply, the report stated, was the single biggest factor affecting the market. Even with a sharp increase in new construction‒‒single-family housing starts jumped 8.4 percent last year‒‒inventory shortages persisted. As has been the case with the housing economy over the past two years, millennials are feeling the biggest brunt. Demand for houses is high among millennials, the report found. But constrained supply that leads to bidding wars and higher prices are in the way.

In 2017, housing prices, on average, gained 6 percent. More price growth occurred in blue states, namely California and Illinois and the tri-state region of New York, New Jersey, and Connecticut. Growth in these states was above 9 percent.

"Builders will need to focus more on homes geared for moderate incomes, partner with the government on initiatives to transform distressed urban neighborhoods, and overcome labor shortages through a combination of workforce development training and pressure to ease artificial restrictions on the supply of labor," Kirchner said.

The report postulates that blue states also have some challenges ahead with the tax bill.

“Last year, 2.5 percent of all mortgages in blue states were more than $750,000 and will be directly impacted by the capping of the mortgage interest deduction in 2018,” the report stated. “Conversely, only 0.4 percent of mortgages in red states will be impacted.”

Realtor.com tracks and analyzes market trends and makes timely and insightful information available at realtor.com/research. Data snapshots, affordability distribution and market "hotness" are just some of the resources available at the portal.

Previous: Eye on the Industry
Next: The Impact of Leadership Change at CFPB