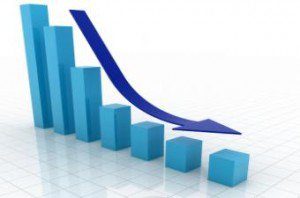 Following the contraction, the unpaid balance amounted to $272.4 billion at the end of the month.  This represents a $17 billion decrease from November’s figure of $289.5 billion, as the amount of sales ($40 billion) and liquidations ($4.6 billion), surpassed the total amount of purchases of nearly $28 billion for the month, according to the report. Given the most recent figures, the annual compounded rate of contraction for the entire year comes to 21.1 percent.

Fannie Mae’s total book of business, which includes the gross mortgage portfolio plus total Fannie Mae mortgage-backed securities and other guarantees minus Fannie Mae MBS in the portfolio, increased at an annual compound rate of 2.6 percent for the month. December’s figure brings the overall year’s compound growth rate to 1.4 percent.

The amount of Fannie Mae mortgage-backed securities within the total book of business dwindled down to $42 billion at year’s end, a considerable decrease from January 2016’s figure of nearly $75 billion. The figure had been decreasing fairly consistently throughout the year, but saw a slight bump in August, where it hit $61 billion and stayed around the $60 billion range for the next three months until it dropped to $41 billion in November.