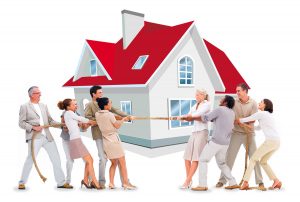 According to a new report from Redfin, homebuyers are struggling as 45% of homes are now finding buyers within only two weeks on the market. Some 35% of homes go under contract within a week, and both rates are their highest ever seen for this time of year. Despite the market’s unforeseen intensity and demand, pending home sales were down 1%, while the Redfin Homebuyer Demand Index was up 9%.

“Buyers who have been looking for a home since last year are tired of the search and just want to be done,” said Indianapolis Redfin Agent Jill Thompson. “Many sellers seem to be waiting until spring, so the inventory shortage is especially intense right now, leading to a renewed surge of bidding wars and buyers making offers that waive inspection and financing contingencies.”

New listings also fell 12%, seeing their largest drop since June 2020, dropping the total number of homes for sale to another new low. Homeowners who are actively on the market appear to be confident, as the median asking price climbed 13% to $360,281—just shy of October’s all-time high.

“The early spring is poised to be the hottest housing market on record; we may start to see most homes going under contract within two weeks, but these conditions are likely to be short-lived,” said Redfin Chief Economist Daryl Fairweather. “Now that the stock market is down about 10% from the start of the year and mortgage rates are up nearly half a point, the housing market could lose its luster soon. If that happens, I expect the inventory shortage to finally reach its nadir because overpriced homes will start to pile up on the market.”

Some key housing market takeaways for 400+ U.S. metro areas are:

Touring activity through January 23 was 5 percentage points behind 2021 and 1 point behind 2020 relative to the first week of January according to home tour technology company ShowingTime.

Previous: Is It Time to Cap the Conforming Loan Limit?
Next: One in Five Considering an Interstate Move