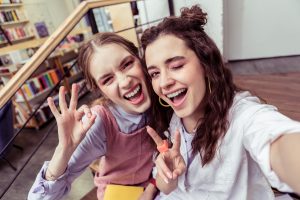 While still making up a small minority of the overall housing market, Gen Z is showing up in certain regions and sectors of the market. While they still have a long way to go to catch up to millennials in terms of market share and purchasing power, their median purchase price is growing at a faster pace than their slightly older counterparts, according to data from realtor.com.

Gen Z—those born between 1997 and 2012—made up 2% of primary home loan originations in December, according to realtor.com. While this is significantly smaller than millennials, which claimed 48% of the market, Gen Z has “already caught up to the Silent Generation in home purchasing activity and will continue to ramp up purchasing as they too grow older and more established,” according to realtor.com.

Gen Z accounted for 1.4% of primary home loan originations by total volume in December, up significantly from 0.8% a year earlier.

Meanwhile, the millennial share increased from 44% to 47%. Gen X and Baby Boomers both decreased market share over the year, by 2 percentage points and 1 percentage point, respectively.

So far, Gen Z favors lower-priced homes in the Midwest and the South.

Five of the top 10 markets with the highest share of Gen Z homebuyers in December are located in the Midwest, and four are in the South.

Toledo, Ohio, ranked No. 1 for Gen Z homebuyers, with these young homebuyers making up 5.4% of home loan originations, compared to 2% across the nation.

There are a couple possible explanations for why Gen Z homebuyers are more prevalent in the Midwest and the South.

One possible reason is that people in these regions tend to marry at a younger age, perhaps propelling them to purchase a home.

The average age people get married in the United States (for a first marriage) is 29.8 for men and 28 for women, according to data from the Census Bureau. These ages have been on the rise for years. However, in Kansas, home to the most popular market for Gen Z homebuyers, the average marriage ages are 27.7 for men and 25.8 for women, according to an analysis of marriage age by state by The Insider.

Another contributing factor is that home prices are lower in the Midwest and South than in the Northeast and the West. Younger homebuyers still building their wealth may be more easily able to afford a home in these regions.

With their lower down payments and lower-priced homes, Gen Z buyers are taking on debt faster than older generations but not as voraciously as millennials.

The future for Gen Z homebuyers is a little uncertain as inventory is tight in the lower end of the housing market.

“Given that lower-cost entry-level homes are in short supply across the country, Generation Z will face some tough competition from millennials and other home shoppers in their search to find an affordable home,” realtor.com noted.

Previous: Possible Replacement for Debt-to-Income Ratio Could be ‘Dangerous’
Next: Are Americans Worried About Their Mortgage Debt?