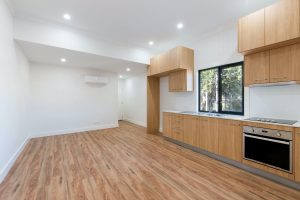 Real estate descriptions are overflowing with mentions of open-floor concepts and updated kitchens. But are those the features buyers really care about? According to the Zolo: Homebuyers Survey 2021, not really. In fact, potential homebuyers don’t seem to have a long list of demands.

Desires have shifted in a soon-to-be-post-pandemic world, and the opinions of 1,369 polled homebuyers clearly illustrate what’s important now — cleanliness and privacy. In fact, 71% of respondents desire a main-floor bathroom so they can essentially wash their hands after returning and before going through the rest of the house, and 70% would like an attached garage to simplify tasks like bringing in the groceries.

Master suites were next on the list of desires at 68%. Having a private bathroom that doesn’t have to be shared with other residents or guests has become more important in recent times. The same percentage of people seek a home with a private outdoor space, since socializing outside of the home has been reduced greatly.

When it comes to features that don’t move homes as quickly, six stood out. Topping the list of “not important” features are pools with 64% of respondents being OK without one. Mudrooms followed right behind at 62%. And guest rooms used to be all the rage, but not anymore—in-law suites were the next feature that people don’t really care about at 42%. After that, views, accessible living features, and open floor plans joined the list of least desired features.

Recent homeowners were also polled about their pre-pandemic purchases, and whether or not they were suitable for 2020 living. Over a third (34%) of respondents had issues with where they were living.

Not enough space was the big problem with 31% of people needing designated work or play areas. No privacy was an issue for 25% of people. 19% reported no place to isolate or socially distance. And 12% felt their homes had too many communal contact points like elevators and stairs.

As for the ideal home, the basic desires have held steady from last year’s poll: three bedrooms, two bathrooms, and a garage. Anything else added to that is icing on the homeowning cake.