Commission Rates at Lowest Point Since 2017 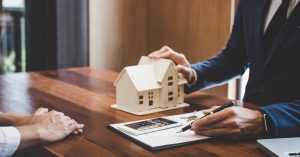 According to a new study by Redfin, the usual commission rate paid to brokerages is at its lowest point in four years with the average percentage falling to 2.63% by the end of November 2020.

This number is down from 2.69% a year earlier which represents the lowest rate seen since 2017.

The study went on to cite “fierce” buyer competition in the current housing market as a major factor in the falling rates. Now that the market heavily favors buyers, sellers and their agents understand they’ll likely be able to find a buyer regardless of the commission they offer to the buyers agent.

“We’re experiencing a historic shortage of houses for sale. Sellers know their home is a hot commodity and will likely attract multiple offers no matter what, so they’ve started offering the buyer’s agents a 2% or 2.5% fee instead of 3%,” said Joe Hunt, Redfin’s market manager in Phoenix. “Why would you offer 3% when you know you could offer less and sell your home for the same price?” 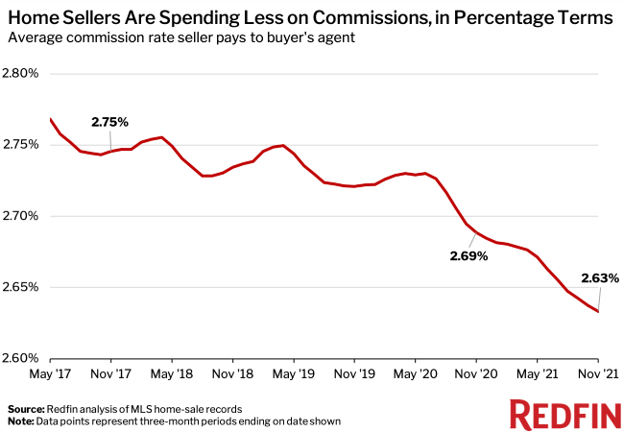 Redfin also noted that increased transparency due to some websites including commission rates on their pages may be forcing others to lower their fees to match in order to stay competitive.

Just because rates are declining does not mean commissions are getting any cheaper. Mirroring the historic gains seen throughout the market in 2021, the average commission has risen to $12,415. That number is 6.9% higher than it was last year and 29.2% higher than seen in 2017. The median sale price of U.S. homes surged 15% year over year to $383,100 in November.

“One might think the surge in home prices that’s driving up commissions in dollar terms is also what’s causing sellers to offer lower commission in percentage terms, but that’s likely not the case,” said Daryl Fairweather, the Chief Economist for Redfin. “Instead, sellers are probably offering lower commission rates because they realize that a well-priced home in this extreme seller’s market will likely attract buyers on its own.”

Previous: Affordability Worsens as Prices and Rates Climb
Next: The Week Ahead: Addressing Supply Chain Issues in Home Construction