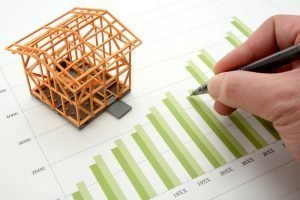 Mortgage rates continued their upward climb this week, with 30 year fixed mortgages reaching their highest point since 2014 according to the Freddie Mac Primary Mortgage Market survey released on Thursday. The survey indicated that 30-year fixed mortgage averaged 4.40 during the week, up from 4.38 percent last week.

“Mortgage rates have followed U.S. Treasurys higher in anticipation of higher rates of inflation and further monetary tightening by the Federal Reserve. Following the close of our survey, the release of the FOMC minutes for February 21, 2018, sent the 10-year Treasury above 2.9 percent. If those increases stick, we will likely see mortgage rates continue to trend higher,” said Len Kiefer, Deputy Chief Economist at Freddie Mac.

How will these rate increases affect the upcoming home buying season? “Recent rate jumps are setting up another wild spring home buying season, dominated by the survival of the fittest,” said Javier Vivas, Director of Economic Research for Realtor.com. “As rates continue to increase, those with larger down payments and better credit will succeed in entering the market, while many more will continue to be priced out.”

While rising rates will provide cause for some anxiety among buyers, according to ValueInsured’s latest quarterly Modern Homebuyer Survey, non-homeowners who wish to buy in the next three years report to have a lower awareness of upcoming rate hikes, or are more optimistic that a rate hike may not happen.

The survey found only 57 percent of non-homeowners who wish to buy soon expect more interest rate hikes by the Fed in 2018. Among millennial first-time homebuyers, less than half (48 percent) expected more Fed rate hikes in 2018.

Most homeowners believe that low mortgage rates are a thing of the past. The ValueInsured survey indicated that 72 percent of existing homeowners believed the era of historically low rates and affordable mortgages was coming to an end. This sentiment was particularly acute among homeowners of expensive homes, with 95 percent of those who reported owning a home valued at $1 million or more expecting the end of low mortgage rates in their lifetime.

These statistics not only highlight the need to educate first-time homebuyers but also point to the fact that despite rising mortgage rates, demand for homes remains high. “While rising rates provoke buyer anxiety and decrease affordability, the desire to purchase a home is driven by income and family changes and will likely remain untouched by rising mortgage rates,” Vivas said.

Previous: Eye on the Industry: Updates on Ellie Mae, Blend, and More …
Next: San Francisco Wins the Homebuilding Race