Mortgage applications for new home purchases increased 18.9% in January 2021 from the same period one year ago, according to the Mortgage Bankers Association (MBA)'s Builder Application Survey (BAS).

Compared to the previous month, December 2020, applications increased by 17% (not seasonally adjusted).

"These results are consistent with the still-increasing pace of single-family housing starts and permitting activity reported over the last several months," Kan said. "The low supply of existing homes on the market, and changing household preferences toward newer, larger homes, continue to spur buyer demand."

MBA estimates that new home sales increased over 3% in January to a 905,000 seasonally adjusted annual pace, he added, "which is the second-highest since our tracking began in 2013, and slightly below October 2020's record pace of 927,000 units."

MBA estimates new single-family home sales were running at a seasonally adjusted annual rate of 905,000 units in January 2021, based on data from its BAS.

Using this and additional data, MBA provides an early estimate of new home sales volumes at the national, state, and metro level. 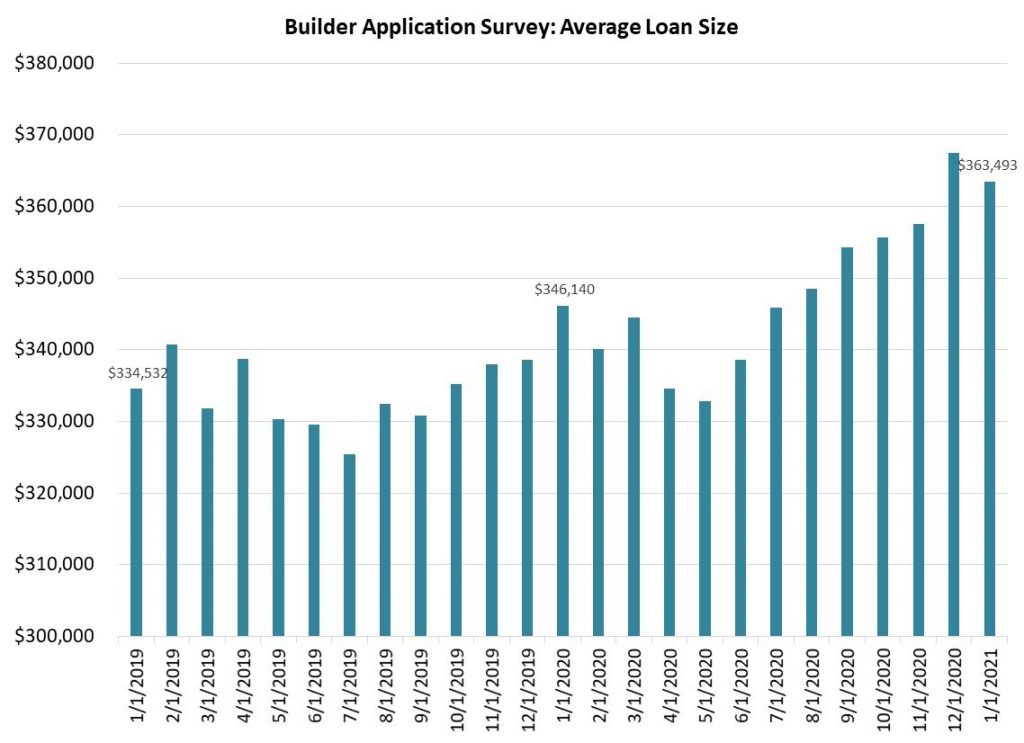