Maintaining an Edge in Mortgage Lending 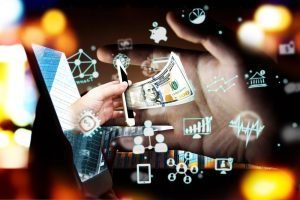 According to a new report from STRATMOR Group, mortgage lenders can remain profitable and build a scalable foundation for future growth by achieving a few critical objectives. In the firm's February 2019 Insights Report, it outlines ways to optimize borrower experiences, renegotiating long-term contracts, and evaluating compensation plans.

"Most lenders intuitively know they must do a better job meeting the needs of customers," said Garth Graham, Senior Partner at STRATMOR Group. "However, they don't always measure the impact of their technology and their system investments on the consumer.”

Sound product selection advice, timely and good communication, closing at the expected rates and fees, and closing on time are cited as some of the most important features that are detrimental to creating seamless experiences. Lenders also need to keep an eye on their fixed costs, including office rent, the report indicated. Lisa Springer, Senior Partner and CEO at STRATMOR, and the author of the article believes that analyzing office lease agreements is a first good step. "Unlike most other fixed costs, a commercial lease is often negotiable. The key is to understand why you need a reduction in costs, identify key negotiation options that are a win-win for you and the landlord, and write a proposal. Do not leave it in the landlord's court to propose to you," she added.

The report also highlighted the need for lenders can look for opportunities to consolidate their operations or to relocate to markets with more skilled labor and/or cost savings. Allowing more employees to work remotely—which offers benefits to both the company and its workers—can help accomplish this objective. This is also an effective way to bring in a wider pool of candidates and reduce geographical barriers, according to the report.

Quoting data from 2018 Global Workplace Analytics in telecommuting trends report, the report indicated that regular work-at-home among non-self-employed people has grown by 140 percent since 2005. The telecommuter population grew 11.7 percent from 2015 to 2016 alone. The trend of underwriters working remotely has continued to grow, with the percent of underwriters reported as fully remote growing from 20 percent in 2014 to more than 39 percent in 2018.

According to STRATMOR’s Originator Census Study 2017, the bottom 20 percent of loan officers close, on average, less than one loan a month. Today’s lender needs to effectively shift focus to purchase versus refinance originations all while dealing with another contributing factor to today’s market dilemma — the lack of housing inventory that is keeping both buyers and sellers out of the market, the report stated.

Speaking of how much mortgage technology software agreements have evolved over the last decade—from a traditional “per seat” licensing model to “per closed loan” subscription fees—the study quoted STRATMOR’s 2018 Technology Insight results which revealed that over 67 percent of all lenders who responded are paying subscription fees based on volume.

According to STRATMOR’s 2017 Tech Study results, 54.5 percent of vendors defined “Go-Live” as a test group or branch running live loans through their systems. Conversely, many lenders who responded (41.3 percent) defined “Go-Live” as the entire company running live loans through the system, with the old LOS still available as backup. Using advanced marketing methods and tools to significantly increase the volume of lender-generated leads and base commissions on the source of a lead.