10 Most Gentrified ZIP Codes in the U.S. 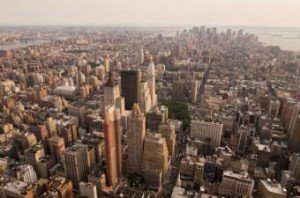 As an area expands, so does its population. Over time, as people, home values, and incomes change, so does the area. Many areas in a city remain the same for years together and then there are those that are renovated or improved to conform to the tastes of the people (especially the upwardly mobile) living there.

So which are the fastest gentrifying areas in the U.S.? RentCafe.com tried to answer that question by studying the 2000 Census and the 2016 American Community Survey and analyzing the changes that took place over a decade and a half across 11,000 U.S. ZIP codes.

The study considered three crucial data points to get its rankings—the median home value, the median household income, and the population that holds a bachelor’s or higher degree. The final ranking was based on a simple average of the ranks the ZIP codes obtained in each of these categories.

Coming in at second place was the ZIP Code 20001 in Washington, D.C. with a home value change of 207 percent and a household income change of 163 percent. ZIP codes 77003 in Houston, Texas; 19123 in Philadelphia, Pennsylvania; and 10039 in Manhattan, New York rounded up the top five ZIP codes.

They were followed by ZIP codes in Fort Worth, Texas; Philadelphia, Pennsylvania and three ZIP codes in Brooklyn, New York in the top 10 rankings of the most gentrified areas in the country.

In terms of gentrification only by home values, the study found that the average home value in 2016 for the list’s top 20 gentrified ZIPs was $446,730 with an average increase of 224 percent since 2000. ZIP codes across New York City dominated this category.

The East Coast, in fact, has dominated the rankings. The study indicated that two ZIP codes in the Home to Hollywood and one in Tacoma are the only cities that represent the West Coast. The study found that 12 of the top 20 most gentrified ZIP codes in the U.S. were on the East Coast, with five of these located in Brooklyn alone, followed by two each in Manhattan, Philadelphia, and Washington, D.C.