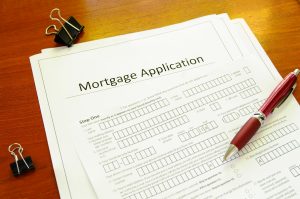 “Although there was an increase in government refinance applications, higher rates continue to push potential refinance borrowers out of the market," said Kan. "Purchase activity remained weak, but the average loan size increased again, which indicates that home-price growth remains strong, and a greater share of the activity is occurring at the higher end of the market."

Prices remain at all-time highs as nationwide housing inventory continues to suffer, with Redfin recently reporting that active listings—the number of homes listed for sale at any point—fell 25% year-over-year, dropping to an all-time low of 452,000 during the four weeks ending February 20. Listings were down 49% from the same period in 2020.

“In December and January, for-sale inventory continued to be the lowest we have seen in a generation,” said Dr. Frank Nothaft, Chief Economist for CoreLogic. “Buyers have continued to bid prices up for the limited supply on the market. However, the rise in mortgage rates since January further eroded buyer affordability and is expected to slow price gains in coming months.”

Improvements were reported in the employment sector, as the Bureau of Labor Statistics (BLS) released its study of 2021, which found that over the year, annual average unemployment rates decreased in 49 states and the District of Columbia, while the rate was little changed in just one state. Unemployment rates decreased from 2020 in all four regions: the Northeast (-2.9 percentage points), the Midwest and West (-2.8 points each), and the South (-2.4 points).

One factor that may come into play is the Ukrainian invasion, which may further disrupt international sanctions and their impact on the supply chain.

The latest Producer Price Index (PPI) report from the BLS found the price of softwood lumber (seasonally adjusted) increased 25.4% in January 2022, following a 21.3% increase the month prior. Since reaching its most recent trough in September 2021, prices have increased 73.9%. According to Random Lengths data, the “mill price” of framing lumber has more than tripled since late August.

"We will continue to assess the potential impact on mortgage demand from the sharp drop in interest rates this week due to the invasion of Ukraine,” said Kan.