Although a study last fall showed the coronavirus pandemic hitting working women harder than their male counterparts—a "she-cession," the phenomenon has been called—a newer report by Redfin shows single women purchased 9% more homes in the fourth quarter than a year ago, compared with a 4.5% increase for single men.

Redfin's researchers had previously reported that the pandemic-driven recession forced women out of the workforce at a greater rate than men,  especially women of color.

“This is another illustration of America’s uneven financial recovery,” said Redfin Chief Economist Daryl Fairweather. “While millions of women have lost their jobs during this recession, the impact has largely been on lower-income women. Meanwhile, most women who were able to afford homes before the pandemic are likely still able to afford homes, and low mortgage rates—especially at the end of 2020—have been incentivizing them to buy.” 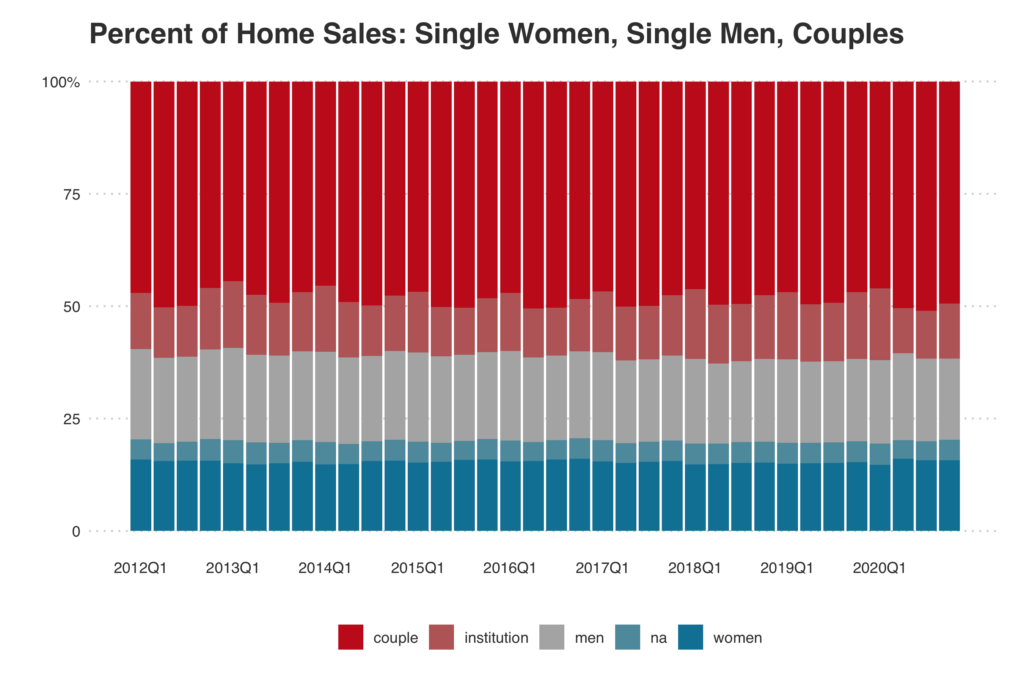 For single women, the median monthly mortgage payment was $1,052 in the fourth quarter, compared with $1,125 for single men and $1,535 for couples.

Boston tops the list of U.S. metropolitan areas in which home purchases by women are growing, reports Redfin's Dana Anderson.

In Boston, single women made up 25.4% of home purchases in the fourth quarter, compared with 23.3% for single men.

A new homeowner in Los Angeles spoke with Redfin about her experience:

“I was originally saving for a down payment with a goal of buying my own home in 2021, but interest rates dropped so much with the pandemic that I was able to buy a condo over the summer,” said Sarah Stecker, who bought a two-bedroom condo in Los Angeles in July. “The down payment was the biggest hurdle, but now my monthly mortgage, including HOA fees and property taxes, is just slightly more than I was paying in rent on an apartment in the same neighborhood, and my condo is twice the size. Now, instead of paying my landlord’s mortgage, I’m building equity for my own bank account. I hope to eventually use some of the equity to buy a bigger home for myself and hold onto the condo as a rental property.”

The entire report, along with the methodology and a breakdown by metro area is available at Redfin.com.