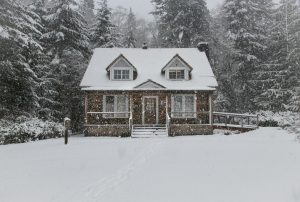 Last month's severe freeze that swept much of the country prevented many would-be listings from hitting the market, widening the housing-inventory dearth. Realtor.com reports the situation has pushed new listings to a record low, further behind pre-pandemic levels, from which it will be difficult to come back. At this rate, the researchers say, buyers will be in for a much more competitive homebuying season than last year.

"Last month's record cold and snowstorms likely caused sellers to hit pause, even if only temporarily," said realtor.com Chief Economist Danielle Hale. "However, in today's inventory-starved market, any setback is significant. Unless we see some big improvements in the new listings trends over the coming months buyers can expect stiff competition. And unlike last spring, buyers may also face affordability challenges as home prices and mortgage rates increase. Market dynamics continue to favor sellers."

Hale and Sr. Economic Research Analyst Sabrina Speianu say that, nationally, the inventory of homes for sale in February decreased by 48.6% over the past year, a higher rate of decline compared to the 42.6% drop in January.

That is some 496,000 fewer homes for sale compared to February of last year, they noted.

Newly listed homes declined further, by 24.5% year-over-year. In the third week of February—during the severe weather—new listings dropped by 35.2% year-over-year. They then reportedly recovered to 26.9% in February’s final week as conditions eased.

"Approximately 207,000 fewer homes were newly listed for sale during the first two months of 2021, compared with the average for those two months over the last four years," the authors noted. "New listings would need to increase by 25% year-over-year in March and April to bring the year-to-date figure back to April 2020’s levels."

Listed homes aren't remaining on the market very long—the average home spent 70 days on the market this February, which is 11 days less than last year.

The full report on realtor.com breaks down housing trends by region.