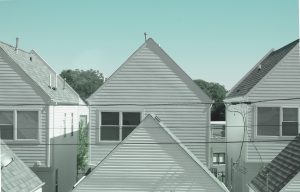 It is well established that there exists a direct relationship between credit security—that is, having a strong credit history and structural access to offers of credit—and higher rates of homeownership, however, a Zillow study found that about one in 10 American adults are "credit invisible," meaning they have zero credit history and that the share of credit invisibility is disproportionately higher for those who are Black or Latinx.

According to Zillow, poor or nonexistent credit history is the most-common reason mortgage applications are denied to Black applicants.

"Lower homeownership is just one of many negative results borne out of poor credit health in communities nationwide," said Nicole Bachaud, an economic data analyst at Zillow. "For many, walking into a bank or going online to apply for a loan or open a new credit card is simple. But for those excluded from the formal credit market in this country, it is a far more daunting task, and Black and Latinx households are especially vulnerable. A shift in credit reporting might be a first step to reducing the systemic barriers into homeownership and the financial market overall."

The Zillow report comes around the same time as another report from the Urban Institute, whose researchers recently pointed out that credit data used to approve or deny potential borrowers "cannot capture the experiences of about one in 10 U.S. adults who do not have a credit file, a disproportionate amount of whom are people of color," adding that "although credit health appears to have improved for all groups during the pandemic, racial gaps have not narrowed."

The Biden administration has proposed restructuring the current credit system to accept non-traditional credit barometers such as rental payment records and utility bills as an alternative path to establishing a credit history.

"The goal of such a restructuring would be to bring many credit invisible individuals into the system they are currently locked out of," Zillow reported.

Not only are Black and Latinx individuals more prone to being credit invisible, but they are also more highly concentrated in counties with higher credit insecurity, the researchers added.

Specifically, some one in 10 Black households (9.7%) and 7.9% of Latinx households reportedly live in counties considered credit insecure, compared to 2.7% of White households and 3.5% of Asian households.

The full report is available on Zillow.com.