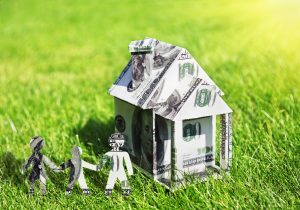 Home prices across the U.S. increased by 6.6 percent on a year over year basis in January 2018 according to the monthly CoreLogic Home Price Index released on Tuesday. On a month-over-month basis, the home prices rose 0.5 percent between December 2017 and January 2018.

Nationally, the report forecasted a home price growth of 4.8 percent on an annual basis, while home prices were expected to remain flat between January and February 2018.

The effects of rising home prices are being felt the most in the affordable home segment, according to Frank Nothaft, Chief Economist at CoreLogic. “Entry-level homes have been in particularly short supply, leading to more rapid home-price growth compared with more expensive homes,” he said. “Homes with a purchase price less than 75 percent of the local area median had price growth of 9 percent during the year ending January 2018.”

Four states experienced double-digit increases in home prices in January according to the report. While home prices in Washington grew 12.1 percent, Nevada clocked a growth of 11.3 percent followed by 10.8 percent in Utah, and 10.3 percent in Idaho.

“CoreLogic has identified nearly one-half of the 50 largest metropolitan areas as overvalued. Millennials who are looking to become first-time homeowners find it particularly challenging to find an affordable home in these areas,” said Frank Martell, President, and CEO of CoreLogic. “Our projections continue to show tightness in the entry-level market for the foreseeable future, which could further prevent millennials from purchasing homes in 2018 and 2019, even as much of that generation reaches its prime home-buying years.”

Previous: Top 10 States for Retirement
Next: The 5 Best Cities for First-time Homebuyers