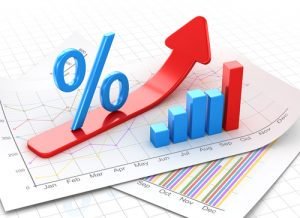 In its recent economic forecast, Fannie Mae has said that it expects the current downshift in the first quarter to be temporary as economic fundamentals remain positive. The Economic and Statistic Group (ESR) of the GSE is, in fact, expecting at least three rate hikes this year.

“The ESR Group continues to expect the first rate increase of the year at the March meeting, followed by two more increases later this year,” Fannie Mae said in its monthly Economic Outlook Report.

Economists monitoring the housing market agree. “Expect the Fed to keep raising rates this year with this being the first of what's expected to be a total of three or four hikes of a quarter-point each in 2018,” said Holden Lewis, Research Analyst, at NerdWallet.

“The Federal Open Market Committee (FOMC) meeting starts today and experts agree that an increase in the Federal Funds Rate is almost certain. In fact, the expectation of future Fed rate hikes is already putting upward pressure on mortgage rates,” said Mark Fleming, Chief Economist at First American. “The benchmark 30-year, fixed-rate mortgage rate jumped three basis points to 4.4 percent this past week. Since the start of the year, the benchmark rate has climbed almost half a percentage point and has increased for eight consecutive weeks.”

Explaining the effect of these hikes on consumers with a home equity line of credit (HELOC), Lewis said, “If a consumer has a HELOC, every Fed rate hike affects their bottom line. The interest rates on their credit cards and HELOC go up whenever the Fed raises short-term rates. So a Fed increase by a quarter of a percentage point means consumers’ interest rates go up by the same amount.”