FHFA’s Plans for Fannie and Freddie Delayed Until 2019 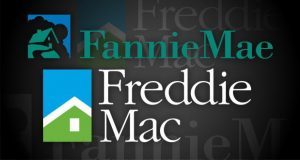 The Federal Housing Finance Agency Thursday announced that Release 2 for its Single Security Initiative and Common Securitization Platform (CSP) for Fannie Mae and Freddie Mac will come in mid-2019.

Release 2, the announcement stated, will allow Fannie Mae and Freddie Mac to use the CSP to issue a single, common security to be called the uniform mortgage-backed security, or UMBS. FHFA had planned Release 2 for 2018, saying it needs more time to develop the programs fully.

The plans, however, are ambitious. According to FHFA’s update report on Release 2, the agency has two main objectives in undertaking the UMBS initiative. The first is to establish a single, liquid market for the mortgage-backed securities issued by both GSEs that are backed by fixed-rate loans. The second is to maintain the liquidity of the that market over time.

“Achievement of these objectives would further FHFA’s statutory obligation and the Enterprises’ charter obligations to ensure the liquidity of the nation’s housing finance markets,” the report stated. “The Single Security Initiative should also reduce the cost to Freddie Mac and taxpayers that has resulted from the historical difference in the liquidity of Fannie Mae’s Mortgage-Backed Securities and Freddie Mac’s Participation Certificates.”

Freddie Mac has been using the data acceptance, issuance support, and bond administration modules of the CSP for activities related to its current single-class, fixed-rate securities participation certificates. “With Release2,” the agency stated, “both enterprises will use the modules and issue UMBS.”

Watt said, “The CSP and single security are ambitious projects,” said. “I am very pleased with the hard work and determination of all those involved who helped make Release 1 a success and laid the foundation for successful implementation of Release 2.”

Watt added that he is grateful for the support and input received from the public and from industry participants.

“I encourage all market participants to begin moving forward with their preparations to make the changes they will need to accompany implementation of the single security initiative,” he said.

The update also describes other milestones reached, costs related to the CSP, and specific steps being taken to ensure alignment between the GSEs. This, FHFA stated, is “central to the success of the single security, and to enhancing the liquidity of the secondary mortgage market on an ongoing basis.