According to the Realtor.com Monthly Rental Report, new rental data shows affordability issues are on the rise, as Americans spent an average 30% of their monthly budgets on rents in February.

February rents accounted for an even higher portion of household incomes in 14 of the 50 largest U.S. markets, as the median rental price hit a new high of $1,792 and climbed to double-digit percentages—up 17.1% year-over-year—for the seventh month in a row. 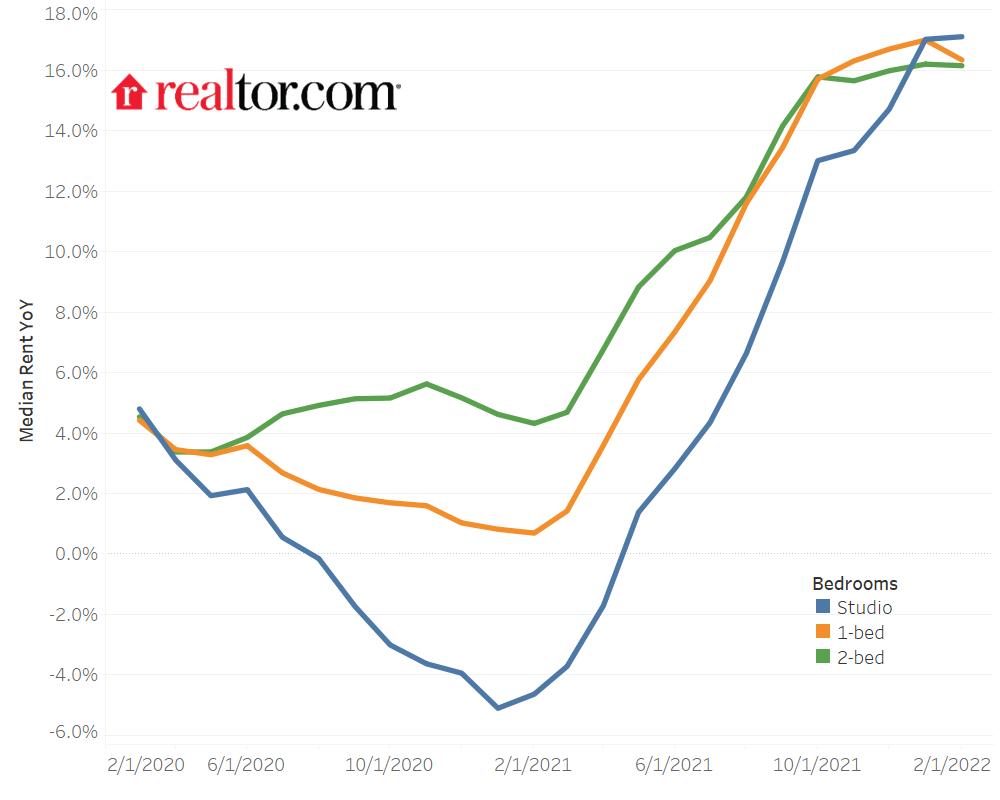 "Whether it's rent or mortgage payments, the general rule of thumb is to keep monthly housing costs to less than 30% of your income. And with rents surging nationwide, February data indicates that many renters' budgets may be stretched beyond the affordability limit," said Realtor.com Chief Economist Danielle Hale. "With rents up by nearly 20% over the past two years, rental prices are likely to remain high, but we do expect some cooling from the recent accelerated pace. In light of mounting economic uncertainties and the conflict in Ukraine, some households will prefer to buy, in an effort to lock-in a largely fixed monthly payment as a hedge against further inflation.”

The acceleration in rents is largely driven by a growing segment of young households, many of whom are turning to renting in the face of the for-sale inventory crisis, record-high listing prices, and climbing mortgage rates. Many of the least affordable rental markets are also some of the most competitive areas for buying.

The most affordable rental markets based on median rent for February were:

Although rental affordability is dwindling at the national level, February data offers some good news for renters, depending on where they live. In many large markets in Middle America, February rents came in below the recommended max share of monthly paychecks.

Additionally, the area accounted for more than half of February's most affordable rental markets, including Kansas City, Oklahoma City and St. Louis. Still, with February rent growth outpacing incomes even in these relatively affordable areas, renters devoted more of their monthly paychecks towards housing costs than in 2021.

“Fast-rising mortgage rates and still-limited numbers of homes for sale could mean some would-be buyers may stick with the flexibility of renting,” said Hale. “With rental demand already outmatching supply, rental affordability will remain a challenge. For renters eager to make the transition to first-time buying, finding a relatively affordable rental is key to saving for a down payment. Tools like the Realtor.com® Rent vs. Buy Calculator can help you frame the numbers in a meaningful way and make the choice that is right for you." 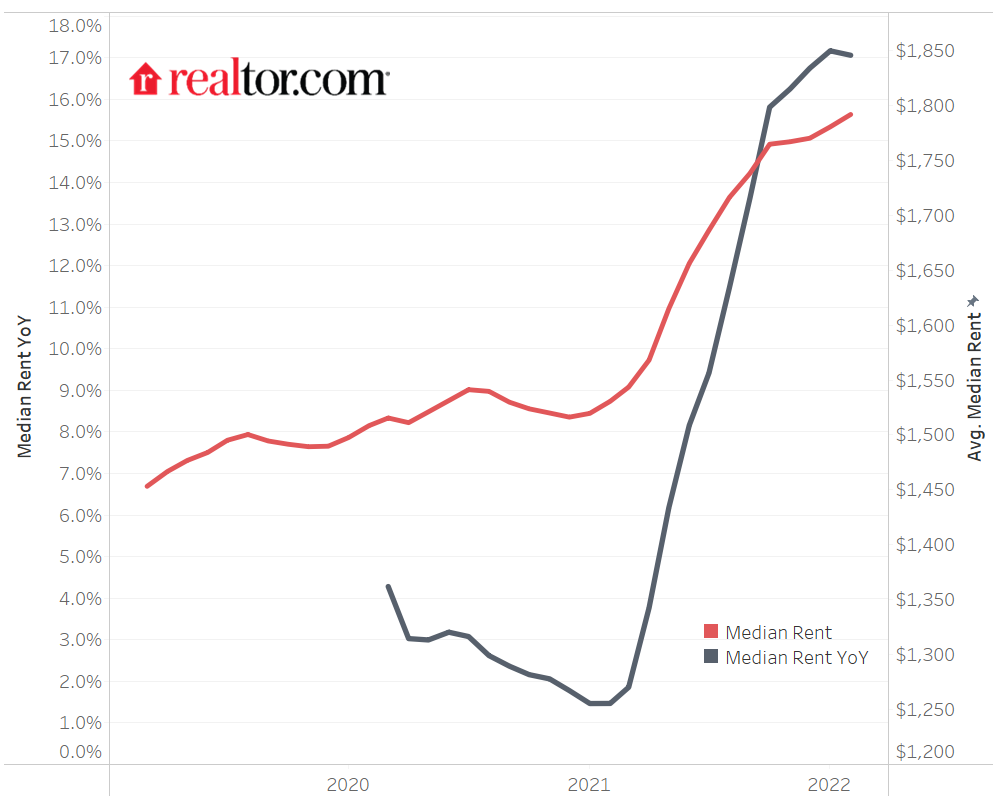 At the same time, with housing affordability declining and mortgage rates climbing nationwide, Middle America renters might consider putting their monthly savings on rent towards buying a first home. In the No. 1 most affordable rental market of Kansas City, monthly starter home costs were 21.7% lower than rents in January, but also grew double-digits over 2021.

These trends are illustrated in Sun Belt metros like Miami, Tampa and San Diego, which topped February's lists of fastest-growing and least affordable rental markets, as well as the hottest homebuying destinations.

The least affordable rental markets based on median rent for February were:

After making a swift recovery from earlier COVID setbacks, rents grew over 2021 in each of the 50 largest U.S. metros in February, up by double-digits in 39 markets. February rent growth was in single-digit territory in the remaining 11 metros, keeping rental costs to a lower share of incomes in many of these areas. February rents made up 29.7% of the typical household income in the 50 largest U.S. metros, a higher share than during the same month in 2021 at 25.3%.

Representing nearly half of the country's largest markets, the Sun Belt claimed half of February's least affordable areas and all 10 of the fastest-growing rental markets, including four in Florida. The state's low vacancy rates highlight rising rental affordability, with the Florida supply of vacant rental units declining drastically since 2009.