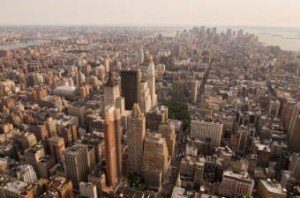 Luxury housing sales in the tony Manhattan area of New York are declining and it’s not just the winter chills of the fourth Nor’easter the city experienced in three weeks, but according to a report on the luxury housing market in the area by Olshan Realty Inc., the decline also has to do with the market being overpriced.

The long waiting period isn’t the only reason that sellers are slashing prices for these properties. The report indicated that the market itself was overpriced and sellers were slashing rates with the average price drop from the original asking price showing a difference of 10 percent before a property went into contract, especially for luxury homes and condos that cost $4 million and above.

Take the example of a 4,204 sq. ft. apartment that was recently sold and was the No 1. Contract for the week according to Olshan. The apartment was originally listed at $16.95 million and then pulled off the market in 2015. When it was relisted again for selling in November 2017, it listed at around $13 million, $3 million lesser than its original list price.