East or West, Which Housing Market’s the Hottest?

The real estate market will continue strengthening over the next 12 months, especially in the Pacific Northwest. That's according to the latest quarterly report by Veros Real Estate Solutions. The study looks at more than 13, 000 ZIP codes across almost 1,000 counties.

Through March of 2019, the median residential market as a whole should increase more than 4 percent, Veros reports. That rate is about a tenth of a percent above what Veros predicted in its Q4 report released at the end of December.

That 4 percent overall average accounts for high swings in some markets and declines in others. On the plus side, markets in four Washington State metros will be the ones seeing the greatest escalation over the next year, according to Veros. Seattle/Tacoma will lead escalating markets; median values there are expected to climb 11 percent by next March.

Close behind are Bellingham, Mount Vernon, and Kennewick, each expected to grow by 10 percent. The only non-Washington metro to break into Veros' top five markets for the coming year was Denver, which is also expected to climb by 10 percent.

“Our latest report predicts the overall U.S. residential real estate market will continue to rise, and rise at a slightly higher rate. This is the 23rd quarter in a row where this index has forecast appreciation,” said Eric Fox,VP of Statistical and Economic Modeling at Veros.

Matthew Gardner, an economist at Seattle-based Windermere Real Estate, said he's not surprised to see that four of the five fastest-appreciating markets are in Washington State.

"Seattle, in particular, continues to be a popular choice for residents coming from more expensive markets in California,” Gardner said.

Fox added that the Seattle market remains strong due to its extremely low supply of homes, which is at just one month of inventory. There's also a 22 percent growth in the city's population over the past 15 years.

Things are expected to be a completely different picture on the other coast. Veros predicted that three New Jersey markets will see their markets decline over the coming year. The worst depreciation should be Atlantic City, which could drop by 3 percent. Trenton and Vineland, near Philadelphia, will also likely drop by about a half-percent.

"Many of the markets in the bottom five are in very slow growth metros," Fox said. "Atlantic City demand remains so low because the population has been declining for decades.”

A 6.4 percent unemployment rate in AC doesn't help, nor does a rarity in the current real estate market overall—a glut of properties on the market. Atlantic City, according to Veros, has about nine months of inventory available at any one time. A healthy inventory is about six months. 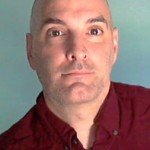