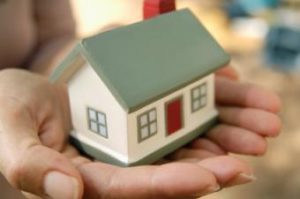 The greatest challenge for home sellers this year appears to be finding another home to buy. That’s according to a new survey by Redfin, which found that for almost 66 percent of sellers, the biggest concern they have is finding a new property.

“It’s a seller’s market, but the catch is, most sellers need to buy as well,” said Eileen Lorway, a Redfin real estate agent in the Boston area. “This is a conversation I have with many clients at our first meeting.”

A frequent part of the conversation, Lorway said, were stipulations designed to keep sellers from ending up homeless, or at least unreasonably displaced, once they close the sale.

“We discuss options like ‘seller to find suitable housing’ contingencies for the sale contract, ‘purchase contingent on sale of current home’ options for the buy offer, rental options, stay-with-family options and bridge loans,” she said. “Sellers who are buying need to think outside the box a little bit. It's not easy, but we often do end up closing on sale and purchase on the same day.”

Redfin’s poll of 800 agents found that more than half reported homes selling faster this year than last. Half also reported that competition for homes that do go on the market now is more fierce. About 57 percent of agents poled said they have been involved in at least one instance of a home receiving 10 or more offers this year; a mere 2 percent said they have yet to be involved in a bidding war at all.

Not insignificantly, nearly a third of agents said that sellers are becoming more demanding. And almost half said though it’s very much a seller’s market, more sellers are making unrealistic demands and asking unrealistic prices for their properties.

Lorway said she encourages sellers who are also buyers to think about selling first.

“They should consider temporary rental options, or moving in with relatives after they sell,” she said.

Half of agents reported that the typical down payment for successful buyers in their market was less than 20 percent. This, Redfin reported, means there are other ways to make an offer competitive‒‒working with a reputable local lender who can guarantee to the seller’s agent that the loan will be approved quickly, for instance, or building a rapport with the seller.

“I recently had an FHA-backed offer with 3.5 percent down beat out four other offers, each of which had conventional 20-percent down loans,” said Tim Zielonka, a Redfin agent in Chicago. “The sellers were at the showing. I introduced them to the buyers and pointed out that both were huge enthusiasts of both vintage bicycles and classic cars, which put them at ease with one another and enabled them to form a natural connection. Had they not discovered this shared interest, my clients may not have gotten the property.”