Housing and housing finance reforms, especially for the underserved are on top of the agenda at the ninth annual Five Star Government Forum on Tuesday in Washington, D.C. Leaders in mortgage banking, and the federal government will engage and have an open dialogue about the most pressing issues being faced by the industry at this day-long Forum.

The Forum will begin with a side-by-side conversation between United States Secretary of Housing and Urban Development Dr. Benjamin Carson and Five Star Institute President and CEO Ed Delgado. Delgado will ask Carson about the future of HUD, housing affordability, and working with the mortgage industry for the greater benefit of homeowners.

With representation from FHFA, Fannie Mae, Freddie Mac, Ginnie Mae, this year’s Government Forum speakers have played an integral role in providing quality leadership to the federal government and the mortgage industry.

Peter J. Wallison, Senior Fellow and Arthur F. Burns Fellow in Financial Policy Studies, American Enterprise Institute will present the morning keynote. He has held several prominent positions in the federal government, including serving as White House Counsel to the President of the United States as well as General Counsel for the United States Department of Treasury, where he played a significant role in the development of proposals for the deregulation of the financial services industry.

The Hon. Edward DeMarco, will lead the afternoon keynote. He is President of the Housing Policy Council Financial Services Roundtable. He served as the acting Director of the Federal Housing Finance Agency (FHFA) immediately following the crisis from 2009 to 2014 overseeing the conservatorship of the GSEs.

“The Five Star Government Forum is an important event for our industry because it serves as a platform to foster and grow the collaborative working relationship between regulatory authorities and the industry stakeholders for the benefit of homeowners,” said Ed Delgado, President, and CEO of the Five Star Institute. "We look forward to hosting Secretary Carson and many other leaders today.” 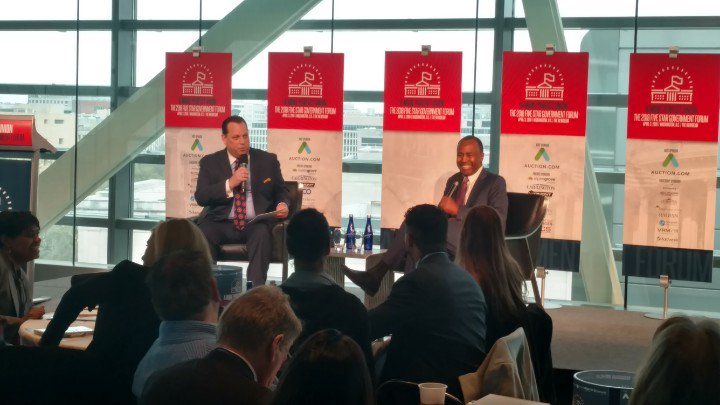 Previous: Can Renters Afford to Buy a Home?
Next: CFPB’s Mulvaney: “The Bureau is Far Too Powerful”