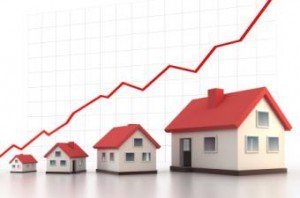 In the Northwest and Texas alike, homes are outpacing the economy, according to the Q4 2016 RMBS Sustainable Home Price Report from Fitch Ratings.

The Dallas-Fort Worth area experienced home prices overvalued by as much as 10 to 15 percent, and in the western U.S., home prices have seen similar rapid growth outpacing economic fundamentals necessary to keep them sustainable.

"Oregon in particular has become an increasingly frothy housing market over the last couple of years," said Samuel So, Director of Fitch. "A sustainable market at the end of 2014, home prices in Oregon are now overvalued by five percent to nine percent."

Home prices are growing at a rate of around 3 percent annually, and areas which Fitch has previously listed as undervalued have been able to rebound. According to Fitch, the housing market in Chicago-Naperville-Elgin areas, which have become sustainable over year-over-year.

Several areas are listed as undervalued, particularly in the East. The New York City area has been undervalued for at least three years, according to Fitch, along with the entire state of New York. Other states in the eastern U.S., including Connecticut, Rhode Island, and New Jersey have seen similar trends, with home prices falling below the sustainable market value.

Home prices in most of the country have been outpacing inflation for several months, according to other sources as well, CoreLogic data from January 2017 has shown that the shrinking inventory has driven this trend. “With lean for-sale inventories and low rental vacancy rates, many markets have seen housing prices outpace inflation,” said Dr. Frank Nothaft, Chief Economist for CoreLogic. “Over the 12 months through January of this year, the CoreLogic Home Price Index recorded a 6.9 percent rise in home prices nationally and the CoreLogic Single-Family Rental Index was up 2.7 percent—both rising faster than inflation.”