Home >> Daily Dose >> Home Prices Rising, Too Much in Some Areas

Home Prices Rising, Too Much in Some Areas 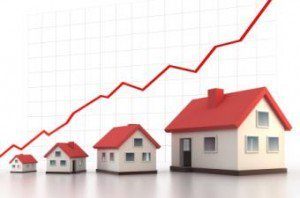 For March, CoreLogic predicts a 0.4 percent increase in home prices, and a 4.7 percent year-over-year increase. February was the 61st consecutive month of year-over year home prices, including distressed sales, although CoreLogic notes that the national increase is no longer in the double digits.

Some areas, particularly in the western U.S., are still harmed by low inventory. In much of California, Washington, and Oregon, home prices are considered “overvalued” as prices were over 25 percent above sustainable levels.

“Home prices and rents have risen the most in local markets with high demand and limited supply, such as Seattle, Portland, and Denver. The rise in housing costs has been largest for lower-tier-priced homes. For example, from December to February in Seattle, the Core Logic Home Price Index rose 12 percent and our single-family rent index rose 6 percent for all price tiers compared with the same period a year earlier. However, when looking at only low-cost homes in Seattle, the price increase was 13 percent and the rent increase was 7 percent.”

Of the 102 markets listed as overvalued, sixteen of them are in Texas. The amount of overvalued homes is expected to increase into 2022, according to CoreLogic. Still, several markets have shown signs of undervaluation. Many states in the eastern and northeastern U.S. have markets that are undervalued,  though that number is expected to slightly decrease in the next few years.